Online Gambling » Are There Any Professional Roulette Players?

Are There Any Professional Roulette Players?

Yes. There are professional Roulette players. Some have been able to garner some global fame for themselves. So, if you are considering the professional roulette route, you should be prepared for certain things.

Many people say that roulette offers players the greatest chance of winning. After all, you only have to choose whether the ball will land in the black or red pocket. Professional roulette players become famous because they have won large sums of money. 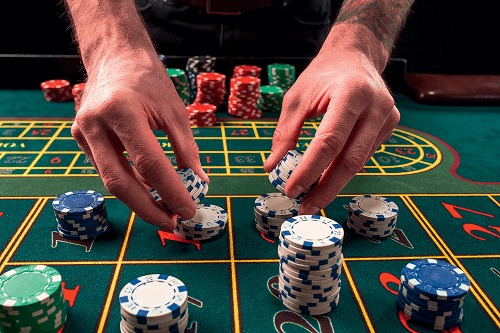 Kovacs was very smart in his roulette gameplay. He used an electronic device that he put in his shoe. With one tap of the heel, the device would calculate the speed of the ball and then give an estimate of where the ball will land.

Kovacs managed to earn thousands in Australia. However, he came into some trouble for his method of playing. He was charged and later released because he was not guilty of any crime. The Australian government opted to deport him to Hungary.

Although Jarecki is considered a professional chess player, she and her husband won handsomely at Monte Carlo as well as San Remo casinos. Their strategy for winning was to examine the roulette wheels for flaws and exploiting them for their gain.

Winkel managed to get himself the nickname “Roulette King” because he managed to win 1.5 million in a few months in Hamburg. He is currently considered one of the most successful roulette players of the century. He managed to live off his winnings of just a few months.

Leigh almost won a million French Francs and earned himself a ban from all casinos in France because his win was so large. He used a method that was later found to be flawed, so, he is considered one of the luckiest roulette winners in history.

Kaisan dabbled in all forms of gambling in his life from horseracing to cards in street corners. It wasn’t until his Japanese friends introduced him to roulette that he became interested in the game. After that, he played roulette professionally all over Europe using a method that he claimed could predict where the ball landed.

This professional roulette player studied thousands of spins on a single roulette wheel to find flaws. He found that some numbers and colours appeared more frequently than others. So, he compiled a list of areas that the ball will most likely fall. He called these areas “hot spots.” So, he determined that on average, a number should only appear 135 times. So, if a number occurs more than 170 times, that would mean that the wheel had a flaw.

Wells was considered the second man to win big in Monte Carlo. The first was Joseph Jagger, who will be discussed next. Wells discovered that there was a fault in one of the roulette wheels and placed a large bet based on his discovery. He was already gambling on a professional level when he made his big win in roulette.

He then figured out that he could calculate the result a spin would return. In the years following his win, many players have tried to use his methods to win. However, his method can only work if you find a faulty roulette wheel.

Revell took his professional gameplay to another level when he decided to sell all his possessions for a single bet on the roulette wheel. He wagered $135, 000 in Las Vegas. His story was a big thing, and it attracted media from all over the globe. He won his bet and managed to double it to $270, 000.

After winning all that money, he decided to retire as a professional roulette player. He later set up his poker site.

Boyd was one of the first people in contemporary history to try to make it as a professional roulette player. His previous career was as a software developer in the UK. He managed to save $220, 000 for spending at a Las Vegas casino. The casino denied him the opportunity to place one bet on a single spin. However, he managed to negotiate with the casino personnel and played at the Horseshoe Club. The Horseshoe Club has a minimum bet of $100,000.

He was allowed to bet all his money on a single spin, and he won. However, he decided to retire as a professional roulette player soon after winning.

So, as you can see, you can become a professional roulette player. Many have proven that it is possible. So, if you want to become one yourself, you can learn a few tips and tricks from the best.