Arizona’s sports betting bill is on the governor’s desk a second time, after a failed first attempt in 2019. The federal ban on sports betting was struck down by the American Supreme Court in May 2018. From this decision, legalizing sports betting is now a resolution state can make on their own. While many states like Nevada and Delaware hit the ground running, there are still a few entangled in state politics like Arizona. Resulting in the legalization of sports betting seems like a farfetched dream. Which is unfortunate for state citizens who would instead join the excitement with the rest of the country. Despite Arizona’s apparent confusion in the sports betting legislation matter, it seems policymakers are more than willing to go the extra mile to see it happen. Arizona takes a second look at sports betting legislation, giving many fans hope. 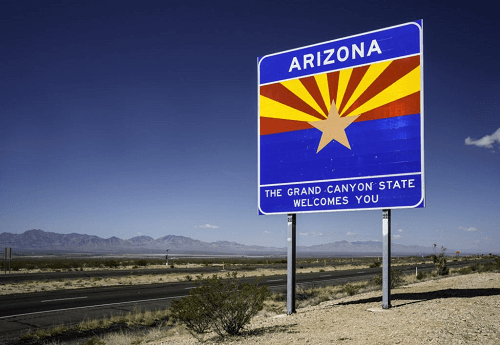 It isn’t the first time sports betting legislation proposals are passed in the stat of the Grand Canyon. So what went wrong the first time?  The first proposal did not make it through parliament for several reasons, and it was widely contested for leaving out online betting and mobile betting. The majority of sports bets are passed through mobile devices, so ruling them out would be counterproductive. Another reason why the first bill didn’t make it is that the mobile betting limitations would mean excluding almost half of the population of the state’s capital city Phoenix. This is because logistically, most casinos in Phoenix are in the downtown area. A 30-minute drive for almost 1.62 million residents. The drafters of this bill were not considering the most practical implications for bettors.

Arizona sports betting legalizing is a move many eager bettors are awaiting. The state is landlocked by neighbors California, Colorado, Nevada, Utah, and New Mexico. Arizona legalizing their sports betting will pose as a threat to all of them except for Nevada. The state will also benefit generously from taxes from the sports betting industry. Currently, the second bill also seems problematic because it covers legislation for sports betting for tribal casinos only. This means leaving out another portion of people because of geographical locations.

Whatever happens now with the second attempt to get Arizona on the sports betting market is up to Arizona’s governor. We hope that Arizona lawmakers will find a way to bring sports betting legislation that is fair to everyone soon.