In tonight’s line-up of Madden 20 simulations, we see the Tampa Bay Buccaneers travel to the Mercedes-Benz Stadium in Georgia to take on the Atlanta Falcons. The Buccaneers come into this game with a rather favorable record at 7-5. Bear in mind that not all of their wins were against challenging opposition, with their last win being over Florida rival, the Miami Dolphins. The Bucs will also be starting with Jameis Winston in the pocket who was switched out with Tom Brady for a reason.

The Atlanta Falcons come into this game with a less favorable record than the Tampa Bay Buccaneers at 5-6. The team comes off a loss to the Kansas City Chiefs. The result wasn’t a blowout, which seems promising. The Falcons also have a better rated squad than the Buccaneers in Matt Ryan. So, who has got the edge in this matchup? 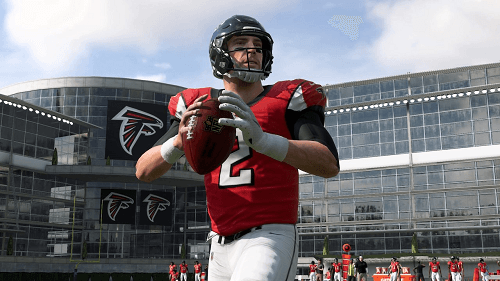 Well, before we give you our prediction, here are some factors to take in consideration regarding how we made our decision:

So, we’ve said it before and we’ll say it again, making a prediction based on a video game is hard. Why has Madden 20 been favoring the Buccaneers as of late? We don’t know. On paper, it seems like the Atlanta Falcons are good to take this one. If this was a real-life game, we’d bet against the Falcons on the basis of the Buccaneers recent form, but it’s not.

So, we’re going to go with an Atlanta Falcons win. With a -150 line, you can still earn a respectable amount on this one, while making up for any losses should there be any.

Make sure to sign up to Bovada through our portal for exclusive bonuses and more!