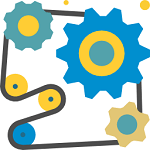 The Labouchere betting system is a popular negative progression betting strategy that is associated mainly with roulette. It gained worldwide acclaim (including in the United States) after it was featured in the James Bond film series but has been around since the 17th century.

Also known as the cancellation system or split Martingale, the strategy attempts to create a situation in which a player wins more than he/she loses by following a particular sequence. Despite it being one of the more complex betting systems to track, many US players are still interested in using it.

If you would like to find out more about the Labouchere strategy, such as what it is, how it works, and the advantages and disadvantages of using it, you have come to the right place. We have created the ultimate guide to the Labouchere strategy, where we cover all of these topics and more. We even list the best US online gambling sites to test the system at. So, read on and find out all you need to know about gambling like 007.

Test Out the Labouchere Strategy Here

What is the Labouchere System?

As mentioned above, the Labouchere strategy is a negative progression betting system often used at US online casinos. This means players follow a sequence where they increase their bet size after a loss and decrease it after a win. The system requires that players focus on making even money bets, which is easy to do in roulette; hence, the strategy’s association with the game. However, it can be used in any game with even money bets as well as in sports betting.

Unlike the Fibonacci system, players can create their own sequence of numbers to follow. It can be any sequence, but players need to ensure that the chain doesn’t lead to a quick bust should things begin to go awry. The ultimate aim of the player is to use every number in the sequence. The total potential profit of the sequence is all of the numbers added together multiplied by your set betting unit.

Every time players bet, their total bet needs to be equal to the sum of the first and last numbers in the sequence. So, let’s say that you have created a series that goes 2-3-4 and your betting unit is $10, you will need to bet $60.

If players win the wager, they cross off the numbers in the sequence. However, if players lose the bet, they add another number at the end of the chain and you add the new number with the first number. So, with the example above in mind, players will need to bet US$70 in the game if they lost the previous game because 5+2 is equal to 7.

Players continue in such a manner until they are left with a single number, after which they just bet that amount. When you have crossed off all numbers, you begin the sequence again.

How the Labouchere Betting System Works

The basic principles of the Labouchere system may seem a little complex. If the explanation provided above is still leaving you scratching your head, we have created a more straightforward four-step guide to help players on their way.

Advantages of Using the Labouchere Strategy

There are some advantages to be had by following the Labouchere system while playing casino games like roulette or blackjack online. Some such include the following:

Disadvantages of Using the Labouchere System

As with everything in life, everything that has its pros also has its cons. So, here are some issues players are likely to run into while using the Labouchere system:

Should You Use the Labouchere Betting System?

We’ve said this before, and we’ll repeat it; we don’t recommend using strategies with negative progression. Betting more when you’re on a losing streak is a good way to end your gaming session quickly. While the Labouchere system may provide structure to a player’s bets, it will not lead to miraculous wins.

If you would like to try out the Labouchere system, we suggest not setting too much of your bankroll to the experiment. Also, remember that a number of positive progressions betting systems can also provide structure to your bets.