Boston Bruins at Philadelphia Flyers is a highly anticipated game for NHL fans after the Bruins beat the Islanders yesterday. Odds on the game are pretty similar, but there’s still a chance to win. After their win against the New York Islanders, the Bruins are favorites to win at our top three betting sites. However, this is the NHL, so we’re not making any promises.

At the moment, the Bruins sit on 27-8-11, while the Flyers are currently on 23-16-6. Boston is now in first place on the Atlantic Division log, while Philadelphia is fifth in the Metropolitan Division. These stats place them at an even standing, but the Bruins are still favorites. Still, some experts hope that the Flyers will turn around their current streak. 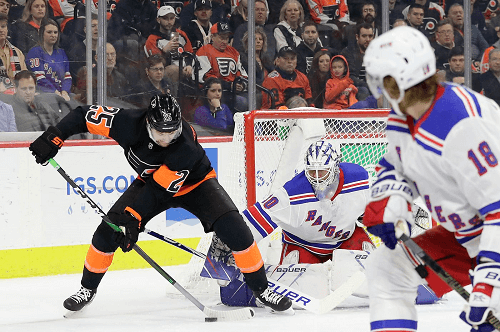