The Cincinnati Bengals will play the Pittsburgh Steelers in Pittsburgh on Monday. Both teams come into the game with a record of 0-3 thus far this season, and plagued by injuries. The Bengals have suffered this season since the departure of both their long-time coach Marvin Lewis and many key players.

The Steelers also saw their fair share of departures, with Le’Veon Bell and Antonio Brown both being traded. Star quarterback Ben Roethlisberger also suffered a season-ending injury early on this year, meaning that the team really is playing with a talent pool that is somewhat more limited than last year’s squad.

Overall, we wouldn’t bet on either of the two teams to take the AFC North this year, which is somewhat out of the ordinary given the trend in recent years. 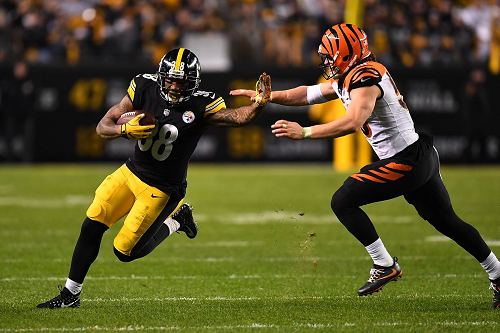 It’s all well and good to say that the two teams aren’t playing well, but that doesn’t really say which team is edged to win in this match up. Thus, here are some stats about both teams that bettors may find a bit interesting:

With all this in mind, we’d like to make the following predictions for the Cincinnati Bengals at Pittsburgh Steelers matchup:

Check out our other NFL news: