In Friday night’s line of Madden simulations, we see the Denver Broncos take on the Los Angeles Chargers at the Empower Field. Both teams come into this game off a win against rather fierce opposition.

The Broncos started their set of classic matchups on a high note with a win against the Oakland/Las Vegas Raiders. The Broncos aren’t a strong offensive team in Madden 20 with their top player being rated 85, but the team still manages to get the job done. 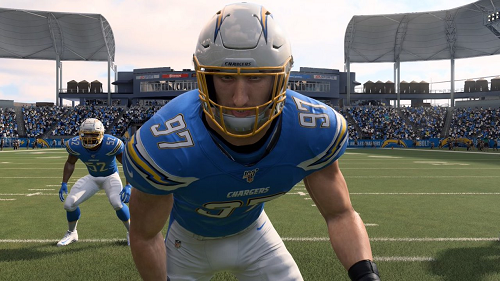 The Los Angeles Chargers seem like a more formidable team, picking up a win against the Super Bowl-winning Kansas City Chiefs in their last outing. The Chargers team appears to reflect what they should have done on paper in the league last year as opposed to what they really performed like. So, they seem to have a good chance of winning this one. But anything can happen in simulation games.

So, this seems to be an easy one, but what do the stats say? Let’s have a look:

We think this is a pretty easy one. The Chargers seem to be edged to win this one. The Broncos have some pretty strong players, but overall, the team appears to be a bit weak offensively. This could prove to be detrimental against a team like the Chargers that has got a strong defensive line-up. We say go for the Chargers on this one for the moneyline or the spread.

Bet on this simulation game and more at Bovada. Be sure to make the most of experience by signing up through our portal! (Also, check out our other sportsbooks for more Madden betting options.)