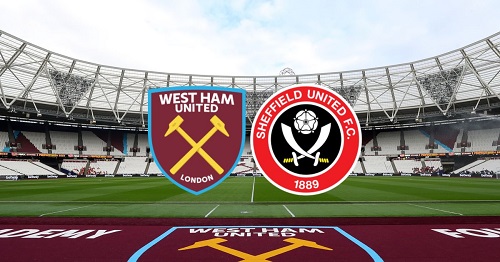 The Hammers relished on a mini-revival since David Moyes had substituted Manuel Pellegrini, thumping Bournemouth 4-0 to move away from the relegation zone. They have also followed up with an FA Cup third-round victory over Gillingham. However, they now have to face a tough rival in Sheffield United who excelled under Chris Wilder this season. They are currently sitting in eighth on the table. They are mentioned as an outsider to succeed for European football – only two points behind Manchester United in the fifth position. There’s the added rivalry between these two teams, built from West Ham’s provocative signings of Carlos Tevez and Javier Mascherano, which helped them to stay up in the 2006/07 Premier League season at the Blades’ expenditure.

West Ham hopes to have Mark Noble, Michael Antonio, and Aaron Creswell back for the journey to Sheffield United with the trio out of the FA Cup victory. Moyes is predicted to return to a four-man defense after challenging three at the back against Gillingham with frustrations in the first half. Nevertheless, David Martin, Ryan Fredericks, Jack Wilshere and also Andriy Yarmolenko remain out.

Sheffield United have no injury anxieties ahead of Friday’s match, with Simon Moore to return from a groin injury, though he will only be on the bench as a back-up goalkeeper. After being able to alternate in the FA Cup against Fylde, it is expected of Wilder to field a full-strength XI to put more pressure on the clubs around them.

This is going to be a tough one to call with West Ham having signs of great improvement under Moyes, mainly in that 4-0 win over Bournemouth. However, Sheffield United are surely not Bournemouth and looks forward to getting back on track after two rough league games. The last time the two teams met they played to a draw. This might happen again.