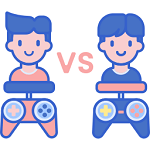 Although many gamblers do not consider esports to be part of mainstream sports betting, the area has seen massive gains in recent years. In fact, it is suggested that the esports betting industry may be worth more than $30 billion. Nowadays, most sportsbooks allow you to place bets on professional matches involving games such as League of Legends and CSGO, just as with any other sport.

Although esports will still need some time before it reaches the level of investment that other sports have, gambling hubs around the world are starting to put serious effort into attracting major events to their cities.

While eSports betting is growing at a rapid rate, many bettors are still a little confused by the whole scene. So, we created a guide to go over what they are and how they work. Our guide also provides some general esports betting tips and a list of the most popularly available lines. So, read on and learn all you need to know about this new online gambling market.

Where to Bet on Esports

Looking for the best site for esports betting? Well, have a look at the options listed below. Each provides bettors with the opportunity to bet on a wide range of events.

So, before you can even think of betting on esports, you need to understand what they are. The term “esports” stands for Electronic Sports and refers to competitive video game tournaments. These video game competitions see the best gamers in the world compete for significant sums of money.

Most don’t realize how big the video game industry has become. When highly-anticipated games launch, they often earn more on their opening weekends than big Hollywood movies. As the industry grew, it was only a matter of time before the competitive scene was born.

These days, eSports tournaments and leagues can be found for almost all popular video games with a competitive component. These games include first-person shooters, racing games, sports games, and strategy games. Some of the most popular games include League of Legends, Counter-Strike: Global Offensive, StarCraft 2 and Dota 2, among others.

The tournaments are also live streamed around the world on platforms, such as YouTube and Twitch making them easily accessible. Just to give you an example of how popular esports have become, more than 100 million people tuned in to watch the League of Legends World Championships in 2019.

There’s also big money at stake for the competitors. Back in the day, the prizes were small, or nothing more than bragging rights. These days though, there are massive sponsors and big cash prizes. Some tournaments have prize pools exceeding $20 million!

Often when gamblers search for the best betting sites for esports, they are confronted with terms such as skin betting. While this may seem very confusing, it is actually a way in which gamblers can bet on esports.

Below we give a brief description of the different types of esports betting:

So, now you understand what eSports are, you must be wondering what sort of bets you can place on the tournaments.

Here is a list of all the most popular betting lines at the best esports betting websites:

There are a number of things you have to keep in mind when bet money on esports. Here are some of our pro tips for making successful bets:

For the latest eSports betting predictions, make sure to have a look at our blog. We often post all you need to know about gambling in eSports, including the best tips.

What Games Can I Bet On?

In general, you should be able to wager on any video game being played competitively. The games that are more popular will have more tournaments and players, making it easier for you to bet on these titles. Less popular games will be more difficult to wager on, but not impossible.

Below is a list of some of the most popular eSports titles. While this list is accurate at the time of writing, it will change as time goes on:

League of Legends, or LoL, is what a Multiplayer Online Battle Arena (MOBA) game. Players control their hero and fight alongside their team to defeat the opposing team. Since it was released, it has remained one of the most popular video games on the market. In 2017, the LOL World Championship had over 90 million viewers from around the world. This means it had more viewers than the NBA Finals of that year.

DOTA 2 is a very similar title to LoL. Players control their hero and battle the enemy team. The original DOTA is credited with creating the MOBA genre. DOTA 2 may not be the most popular game out there, but it still has a huge following, which can be seen in the eSports betting market too.

Counter-Strike: Global Offensive (also known as CS: GO) is a first-person shooter that sees two teams battle it out. The original game came out in the 1990s and several versions have been released since then. CS: GO is the latest incarnation and has seen some large eSports competitions in recent years. You’ll struggle to find an eSport betting website that does not allow you to bet on CS: GO.

Top Esports Betting Sites: What Tournaments Can I Bet On?

There are several popular esports tournaments on the calendar that avid gamblers should really look at betting on. These include the following: 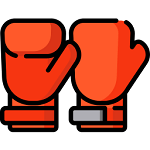 Is esports a real sport?

Yes, esports are real sports. These games require that players engage in training, remain competitive and retain the same level of concentration seen in regular sports. These days, large cash prizes are offered to the winners of esports tournaments.

Can I bet on esports?

Yes, you can. As long as you live in an area that allows for sports betting, you are able to bet on professional esports tournaments.

Is esports betting legal in USA?

Yes and no. As stated above, this is dependent on the state in which you live. Some states allow gamblers to bet on all sports, including those of a virtual variety, whereas others do not.

However, a win is never guaranteed and making money is not always easy. Players need to do their research on gambling on eSports before making any bets.

How does esports betting work?

This depends on the type of game you’re betting on. But many of the same bets you are able to place on a regular sports match are also applicable to esports betting. You can bet on which player or team will win a particular game, or who will win the tournament, etc. There are plenty of different bets to place, so go check it out at your online sportsbook of choice.

What games are played in esports?

Only games that are competitive in nature considered for esports. This means that they must have a multiplayer component. Currently, the most popular esports titles include:

Are there esports betting apps?

Most websites that allow you to bet on esports on desktop also allow you to do so on your mobile phone. This can either be through the use of an app or through a mobile compatible website.