In tonight’s set of Bovada’s Madden simulations, we see a big NFC North clash with the Chicago Bears travelling to Wisconsin to take on their biggest rival, the Green Bay Packers. The Bears come into this game following a loss against another NFC North member, the Minnesota Vikings.

With Mitchell Trubisky being a questionable choice for starting quarterback, but the only real option the Bears had in the 2019-20 season, the team is prime to take a hammering against tougher defensive opposition. 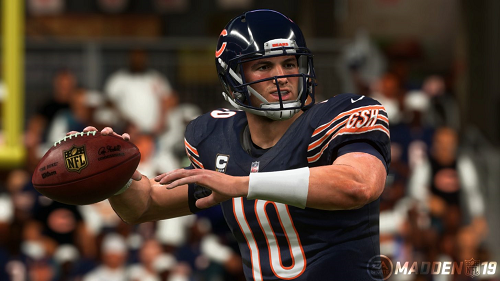 However, whereas Minnesota has a strong offensive game, the Packers are more focused on offense, and perhaps to the expense of their defense. Perhaps, their holes in defense will be enough to give the Bears a fighting chance. So, who will win in this NFC North Classic matchup?

Simulations can be very hard to predict, especially with the game’s algorithm giving preference to some attributes over others. Here is what influenced our prediction:

So, we think this one is pretty easy as far as simulation predictions go. The Bears offense is severely lacking in comparison to their defense. The Packers have a good offense and a defense that is fully capable of doing its job. We think the sensible bet here is just to stick with the Packers for the moneyline or spread.

Bet on this NFL simulation and more at Bovada, and other sportsbook listed on Gambling360.com!