Wednesday evening’s list of Madden 20 simulations has a few fun games, including the New England Patriots at the Green Bay Packers. The Patriots and the Packers both have star starting quarterbacks in the form of Tom Brady and Aaron Rodgers. So, the game may really come down to which team works better as a unit. 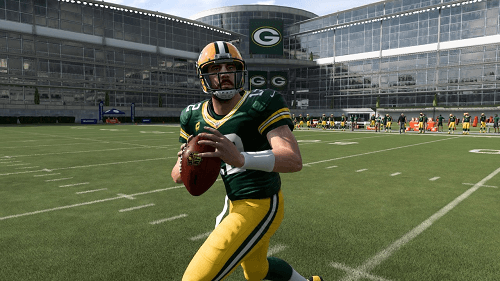 In real-life, the Packers showed that they were able to work well, even under pressure. The team made it to the NFC Championship game before being eliminated by the San Francisco 49ers by what was rather a decisive margin. The Patriots kind of imploded in the first round of the playoffs losing to the Tennessee Titans in a game that proved that Brady isn’t Superman.

So, simulation games are hard to predict. This is what we looked at when making our betting decision:

This is a hard one. Both teams have great quarterbacks and are strong overall. One team is more offensive-minded whereas the other is more defensive-minded. Going on the happenings of the 2019-20 season, we think that the Packers may be the safer bet in this one. The team also has a squad of players with strong awareness ratings, which seems to be a pretty decisive attribute in these simulations.

Sign up to BetOnline to bet on this game through us and get access to exclusive bonuses! If you are already a member, make sure to have a look at our other sportsbooks for more NFL sims to bet on.