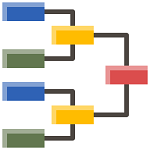 When it comes to sports betting in North America, two events really stand out each year. The first is the Super Bowl, which takes place each February. And, then, the second is NCAA Men’s Division I Basketball Tournament, which is also affectionately known as March Madness or The Big Dance.

One of the reasons March Madness is so revered is that the tournament’s 68-team, single-elimination format allows for a form of making predictions known as bracketology (or bracket betting).

College basketball bracket betting is very popular because it can be very lucrative. It also requires a strong combination of luck and skill. Although there is something like a 9.2 quintillion chance of you predicting the perfect bracket, a lot of betting options exist, so there is always a line that may seem favorable to you.

If you would like to find out more about college basketball bracketology, make sure to stick around. Below we have a look at all you need to know about March Madness betting games, including:

We also list a load of great sites that let you bet on tournament brackets for March Madness and a load of other sporting events. So, you can really begin placing sports bets as soon as you feel ready at top online gambling sites!

How Does the NCAA Men’s Division I Basketball Tournament Work?

Before we get into how you can win March Madness bets at online sportsbooks, let us first explain how the famous college sporting event works.

So, as mentioned above, the NCAA Men’s Division I Basketball Tournament is a single-elimination tournament featuring 68 teams that takes place over roughly a month. The teams featured in the tournament are determined as follows:

All teams are seeded by the NCAA selection committee according to their region: East, South, West, and Midwest. Although there are 17 teams per region, there are only 16 seeds. Although this may seem confusing, the eight lowest-ranked teams all carry the same seed.

Before the official tournament starts, the eight lowest-ranked teams play each other in a round known as the First Four. Each team plays two games, and the victors of this round proceed to the actual tournament, which then carries a 64-team structure.

The First Four round is not actually part of the tournament structure, which also may seem a little weird to people just starting to learn about the event. But organizers believe that it would only confuse fans if it were.

What is NCAA Bracketology?

Bracketology is a form of betting where you attempt to predict which teams will proceed in a single-elimination tournament by picking the winner for each round. Online sportsbooks actually offer bracket bets for a variety of different sports, but by far, NCAAB bracketology is the most popular option available.

Once the 16 teams in each region have been seeded, you can start making your initial bets by picking the winner of each game. You continue doing this each of the individual games featured in a round until you the tournament has got its winner.

If this seems a bit confusing, let us explain it with a solid example:

Quite simply, this is all that bracket betting is: predicting the winners in each and every game and in every round.

There has never been a verified case of somebody predicting each and every bracket in the NCAA Men’s Division I Basketball Tournament perfectly. This is unsurprising as there is 9.2 quintillion chance of anyone ever doing so.

As such, most sportsbooks create tournaments with entry fees where the person who is able to predict the most correct brackets wins a prize. Usually, the prize contains a cash sum and some other prize.

Some tournaments use scoring systems that allow you to earn more points other than just by correctly predicting brackets. Depending on the site, you can play against your friends or join a big prize pool to earn more lucrative prizes.

Often, sportsbooks aren’t even the only organizations running NCAAB bracket betting contests. Many sports news organizations like ESPN and CBS do so too.

Looking to be the first recorded person to jot down a perfect bracket? Well, here are some tips to help you make better bets.

What does bracketology mean?

Bracketology refers to the act of correctly predicting the outcomes of each round of matches in the NCAA Men’s Division I Basketball Tournament.

How do brackets work?

In a tournament featuring brackets, several rounds are played with teams being eliminated in each round until there is a winner. A bracket is a single matchup between two teams that have qualified for that round.
So, for example, West Virginia vs Villanova is a single bracket. When one of these teams win, they proceed to the next bracket.

How do you fill out a bracket?

How many people have gotten a perfect bracket?

Nobody has ever gotten the perfect bracket. In fact, billionaire businessman Warren Buffet actually had a $1 billion prize available for the first person to record a perfect bracket. He has since rescinded the offer, though.

Who is the best bracketologist?

This is a bit of a subjective question as a lot of pundits have been relatively successful over the years. However, common consensus suggests that Joe Lunardi or Gary Parrish may be the best bracketologists.