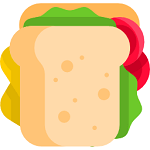 Theories in NFL gambling are as varied as a deli menu. Everybody has got their idea of what works best, but there will always be a few community favorites. That’s why we create guides explaining the most profitable theories. In this guide, we’ll be exploring NFL Sandwich Game Theory.

Usually, sandwich games provide a lot of excitement in a season. Teams tend to either play above or below their level. Sandwich games can appear at any point in the season. But, generally, the most critical period to look at is usually the end of the season, where fatigue starts kicking in.

Depending on the NFL team, this can either make or break a sandwich bet. Read on in our guide to find out how you can use Sandwich Game Theory to your benefit.

What is Sandwich Game Theory?

Sandwich game theory attempts to capitalize on situations where a usually good team begins to feel the effects of a long season. With the NFL being a very competitive league, this really can happen at any moment to any team.

The idea behind this theory is to look for a sandwich game and then take the underdog for the moneyline. Another good opportunity could also be an under bet if the favored team usually scores a lot of points.

The idea is that the favored team will probably not prepare as well for what is considered a “throw-away” game. And, if these games appear at the end of the season and the team has already made the playoffs, there is a good chance some key players may be rested too.

Perhaps, a good recent example can be seen in the San Francisco 49ers 2019 regular season. In December, the team picked up a big win against the New Orleans Saints, but then dropped a game to the very average Atlanta Falcons. They followed this with a win against division rivals, the Los Angeles Rams.

All sandwich game theory really requires from you is a lot of research. Specifically, you need to focus on team trends and form. You also need to study team line-ups and which players have been doing well.

Following this, you need to look at the schedule of the team you would like to bet on. You need to identify games where they could either slack or be surprised by the strength of the other team. Look for situations in which the team plays two rivals and an underdog team in quick succession.

You also need to look at travel and how this could impact the team’s form. After all, no team is not going to feel some wear-and-tear if they take a road trip to California in-between two games on the East Coast. The time difference alone could be enough to cause issues.

If a game meets all these requirements, you have got yourself a sandwich. And it’s now time to look at potentially making some money on fading the public.

According to experts, the best time to use sandwich game theory is during Week 17 of the NFL. At this point, the season is winding down to a close, and we probably already know which teams have got playoff berths.

As such, teams with playoff berths often rest their key players in preparation for a Super Bowl run. So, you get a lot of opportunities to make money on teams that usually would be better than their opposition.

You should be wary of blinding betting here, though. Some teams try to carry the momentum on to playoffs by playing their best players anyway. So, do your research!

The sandwich betting system is a bit risky. You really need to know a lot about a team to identify sandwich games. Often, this needs to be the only team you focus on throughout the season for you to make an accurate assessment.

However, the issue is that a lot of people who try to use this betting system do so with the intent of making a quick buck. And, as such, they miss out on the most important step of this system: research!

As we stated above, there really isn’t a one-size-fits-all approach in the NFL. Some teams may be caught off guard by a struggling team in a trap game, whereas others may have what it takes to remain focused. And the only way you learn this is through research and watching a team play.

Ultimately, sandwich betting theory can be useful. However, make sure you use it carefully and don’t fall into the trap of making blind bets.