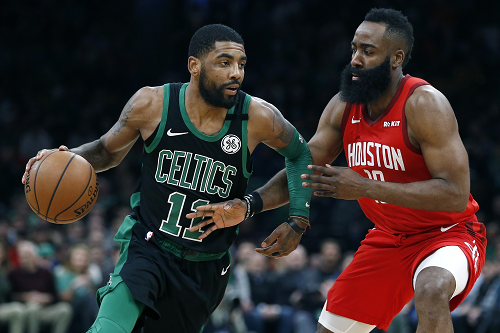 This Tuesday, it’s the Houston Rockets vs Boston Celtics at the Toyota Center in Houston for what is sure to be a very competitive interconference game. The Rockets come into this game on a two-game losing streak. Although they are usually quite strong at home, their recent form has suggested that Boston may actually have a chance of taking this one if James Harden and company don’t step it up tonight. They may also find themselves struggling to make playoffs soon if it continues this way.

The Boston Celtics come into this one off a hard-fought win against the Oklahoma City Thunder who are now below the Rockets in the Western Conference standings because of it. The team will be looking to continue the good momentum they’ve got going there for as long as possible and this means getting a win against the Rockets in Houston. Will the Boston Celtics be able to do it? Or, will the Houston Rockets turn the tide?

Before you place a bet on the Rockets Vs Celtics game, you may want to have a look at the following stats and facts:

With all this said, here are our Houston Rockets vs Boston Celtics predictions:

Get the Best Odds