Published by US Online Gambling May 8, 2020 Categorie(s): NFL

It’s a battle for Texas tonight at Bovada! The Dallas Cowboys travel to the Lone Star State’s capital to take on the Houston Texans in this Madden 20 simulation. The Cowboys come into this game off a win after getting the edge over the Buffalo Bills in their last simulation. The match proved to be a tough one for the Cowboys, despite Josh Allen not being a highly-rated quarterback in the game.

With Deshaun Watson and the Texans overall being more favorably rated that the Buffalo Bills, will the Dallas Cowboys be able to pull out another win? With the Texans being on a four-game losing streak, the odds look to be in the Cowboys favor but will they be able to beat the line? Find out what we think below. 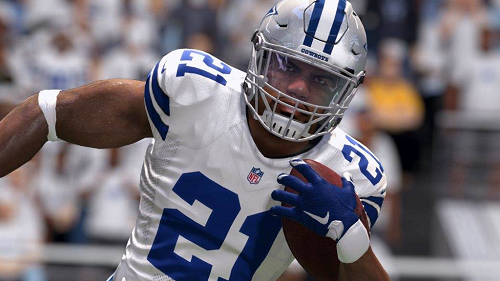 So, here are some notes to look at regarding the Houston Texans and Dallas Cowboys in Madden 20:

Although Houston has been struggling in these simulations, you also need to have a strong look at their opposition. The Texans last game was against the Vikings who are a slightly more capable team than the Bills.

We think go for a Houston spread on this one because even if they don’t win, we still think they’ll be able to keep it close.

Sign up with Bovada through us and get access to exclusive bonuses for sports bets and casino games.