This afternoon’s set of NFL simulations includes a repeat of the Super Bowl 54 matchup earlier this year – Kansas City Chiefs vs. San Francisco 49ers. Before the real-life game, the simulation had predicted that 49ers would win the game with a blowout. Knowing the result now, it’s tough to see how the simulation is going to go, especially as player ratings are adjusted on a semi-regular basis in updates.

With the Kansas City Chiefs actually having won the Super Bowl earlier this year, quarterback Patrick Mahomes featuring an incredible 99 rating, and the Chiefs on a simulation winning streak, we want to say this decision is easy. But then again, the game pegged the 49ers to destroy the Chiefs in the final. So, is it really that easy to predict? 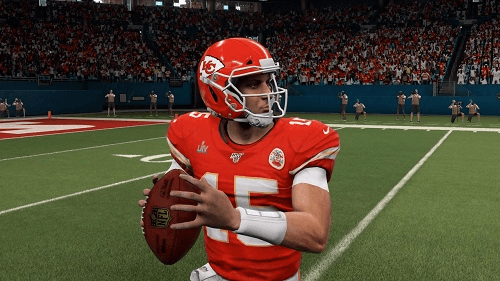 It’s a tough call, but we think that the Chiefs are going to keep this winning streak going. The 49ers have strong defensive players, but this may not be enough for the Chiefs’ highly-rated offensive model. We do think that it will be close, so we suggest going for the -3.5 spread in favor of the Chiefs.