With Super Bowl 54 right around the corner, sports betting giants everywhere have been using their computer-based algorithms to determine who will win the NFL’s most coveted prize this year – the Vince Lombardi Trophy. Will it be the offensive-minded Kansas City Chiefs or defensive-focused San Francisco 49ers?

Super Bowl 54 computer picks seem to be a dime a dozen these days, so we decided to have a good look at what some of the most popular sports betting outlets have had to say. We also provide an in-depth look at our own selection and tell you whether the advice provided by any of these popular betting guides is worth taking. You never know; you might just find some winning suggestions without needing to spend any money to do so.

Oddsshark’s algorithm has picked the Kansas City Chiefs as likely winners of Super Bowl 54 and has suggested that they will cover the spread. Furthermore, it is believed that the total will be under with the total score being around 50.

It’s hard to argue against the guide’s algorithm with a record of 63-37 for moneylines in the last 100 games, 46-51-3 against the spread, and 53-44-3 for totals. With this in mind, bettors are more likely to post wins while making use of their advice than not. But we’ll be wary of following it religiously. We think the to win suggestion may be a good pick but we would avoid the spread pick. 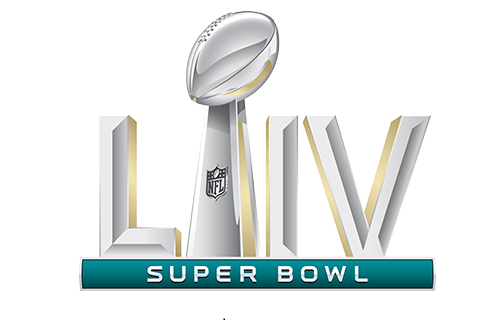 The Sports Geek has also used an AI model to predict the outcome of Super Bowl 54. Although they have not posted a total bet prediction, they have the Chiefs to win by five points. It is important to note that the Legion of Zoom are only a slightly more favorable pick than the 49ers according to their algorithm.

They have set the 49ers with a 46% chance of winning the title and the Chiefs with 54%. As with Oddsshark, the Chiefs remain the favorites to win but it seems here that they won’t beat the spread. Again, we suggest that bettors be wary with placing a bet against the spread.

Our analysts have also had a good look at the upcoming game and have made their own Super Bowl 54 picks. Currently, we have the Chiefs set to win because of their epic route to the final. Mahomes is an incredible quarterback who is very hard to stop and is fully capable of leading the Chiefs to the victory they missed out on last year after bowing out in the AFC Championship game.

History is against him though with most young quarterbacks failing to win it all for their teams. But that doesn’t mean it hasn’t happened. Pittsburgh Steelers quarterback Ben Roethlisberger led his team to a Super Bowl title at just 23 years old and in his second professional season. Mahomes will be 24 (the same age New England Patriots quarterback Tom Brady won his first title) and his third professional season.

We think that Mahomes and Chiefs coach Andy Reid are set to win the Super Bowl this year, especially after being so close last year. We think that this may be the beginning of an exciting new AFC dynasty. So, in short, bet on the Chiefs for a win.

Although Electronic Arts (EA) have not released their official Super Bowl 54 simulation, many players of the popular video game have released simulations online. The game, which attempts to weigh player skill to player performances in real-life, has been used to predict the outcome of the big game for years now, with rather varying degrees of success.

If you really want to understand the level of confidence you should put in these predictions, the game predicted that the Dallas Cowboys would best the Cleveland Browns in Super Bowl 54 at the beginning of the season. Neither of the two teams made the playoffs this year.

Thus far, many videos online have predicted a blowout for the San Francisco 49ers. Although we think the 49ers have a fair chance of winning, we believe that a blowout for either of the two teams is a little farfetched. But who knows?

Has all this talk of picks given you a hankering to place some bets on Super Bowl 54? Well, get the best odds on both the 49ers and Chiefs here: