In today’s line-up of simulation, BetOnline is hosting a game featuring the 2019 NFC Champions, the Los Angeles Rams and the 2020 Super Bowl Champions, the Kansas City Chiefs. Although the Rams really underperformed this year (they didn’t even crack the playoffs), Madden 20 still rates them as a pretty good team. We can’t say that Jared Goff is our number one pick at quarterback but he does have some strong support.

The Kansas City Chiefs were one of the highest-rated teams when Madden 20 was first released back in August 2019. Nearly a year later, and they have managed to retain that position with an explosive offense. The Chiefs are almost always guaranteed a shot at winning any game they play if Patrick Mahomes stays on the field. So, should we just give this one to the Chiefs? 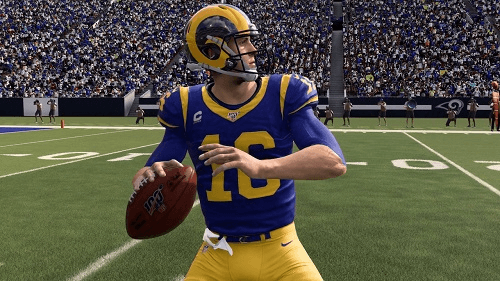 Well, let’s have a look at the stats:

The Kansas City Chiefs have a ridiculously good squad. Although the team has dropped games before to other good teams, we think that the Los Angeles Rams aren’t quite at the level they need to be for the simulation to favor them. We say go for the Chiefs spread on this one.