Thursday night’s top Madden 20 simulated matchup pits the Los Angeles Rams vs. Minnesota Vikings. The Vikings are well placed to carry the momentum that saw them beat Jacksonville Jaguars 41-10 last time out. It makes for an interesting prelude to the season to see if Minnesota will be as good a team as they are on Madden with players such as Stefon Diggs no longer part of the roster in real life. He is a key figure of a very good Vikings team, boasting a 93 overall rating. His acceleration is second to none, rated at 93, speed 91, and catching at 92.

The Los Angeles Rams are also a brilliant team on their day, indicated in their last game when they beat Dallas 33-19. They are strengthened by the individual qualities of their offense, with Cooper Kupp leading the way. Our expert tipsters compared both lineups to predict how the match will likely turn out. 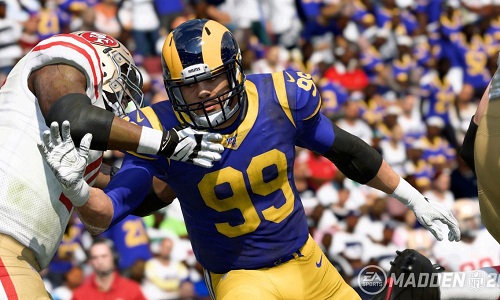 Check out some of the important aspects of the fixture that will play a part in the outcome of the game:

It makes for an interesting football game to see two sides with such great players battle it out to win it all. From our analysis, Minnesota looks like a side that is pound-for-pound mightier than its opponents. What separates every side is an efficient quarterback and we believe that the Vikings have an upper hand in that department. Starting as QB for Minnesota is Kirk Cousins with 84 overall but has been efficient in supplying the ball to attackers. Place your winning bet on Minnesota Vikings for tonight’s Madden 20 sim match at our recommended sports betting sites.