Tuesday’s line-up of Madden simulations features an AFC East classic with the New York Jets at the Miami Dolphins for what is sure to be an interesting one. Neither the Jets nor the Dolphins had a particularly good season in 2019. The Dolphins are one of the worst-rated teams in the game. This is unsurprising as many football fans were at one time accusing the team of losing on purpose to gain tactical draft picks for a squad rebuilding. 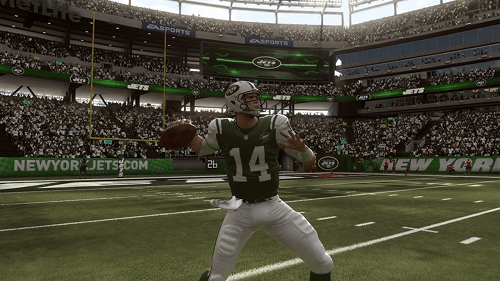 The Jets were hoping for quarterback Sam Darnold to come out and lead the team to their first playoff appearance in almost a decade. However, a bout with mono and a game with ghosts really dented confidence in the capabilities of the quarterback. Madden 20 still seems to be optimistic about the team’s skills. So confident, in fact, that this seems almost like an easy call. But is it really that simple of a prediction?

Here are some stats and facts to keep in mind about the two teams in this matchup:

It seems that the team at Electronic Arts who work on the Madden series was made up of optimistic Jets fans this season. We think this is an easy one, so take the Jets on a spread. While some simulations have seen Fitzpatrick pulling off some big plays, we don’t think that they are a team to depend on.

Bet on this simulation at BetOnline.ag. Make sure to have a good look at our other sportsbooks to find more Madden 20 matches to bet on!