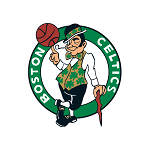 Boston Celtics odds haven’t paid out for big games in a while although they have suggested that the team may have the potential to win NBA titles. (They are after all the team with the most NBA Championship wins in the league.) With the team having made it to the Eastern Conference Championship finals twice in recent years, this really is no surprise. Maybe with Lebron James playing in the Western Conference, the squad will finally get to add another NBA Finals appearance to their title. (Although Giannis Antetokounmpo and the Milwaukee Bucks seem to be standing in their way now.)

If you would like to find out more about betting on the Boston Celtics at US online gambling sites, you have come to the right place. Here we detail all bettors need to know about betting on the Celtics online. We also provide an in-depth look at the team’s chances of winning the NBA Championship this season, their overall performance history and some stats to keep in mind when placing bets. So, what are you waiting for? Begin betting on the Celtics today! (You never know what might happen with all the Irish luck available in Boston!)

Boston Celtics odds have been pretty high at the best US sports betting sites in recent years seeing as the team is undergoing a period of great form under the control of Brad Stevens. They have made it to the playoffs for the last five seasons in a row and seem on track to do so again. With this, we say that if you are looking to place a future on Celtics odds to make the playoffs, go for it – although we sure bettors won’t make too much money off such a bet.

The real prize is betting on the Boston Celtics to win the NBA Championship this year. Boston is a strong team, we’ll give them that but we’d exercise caution in placing a future on them. The reason for this is that the Milwaukee Bucks stand in their way of winning the Conference Championship not to mention that they may have to play the likes of the Los Angeles Lakers or Denver Nuggets in the final.

While we won’t say a future on Boston is a bad bet, we will say that given the current outlook of the league, they are unlikely to win the Championship this year but there is always a chance that this could be their year. 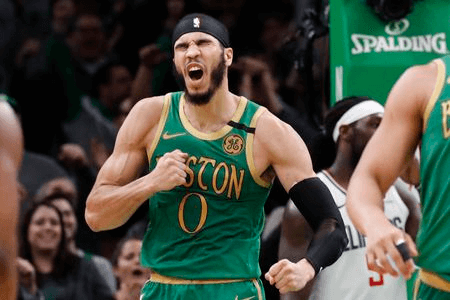 The Boston Celtics were formed in 1946 and were one of the National Basketball Association’s (NBA) eight original teams. Although the team really struggled to find success in the first decade of their existence, this all began to change in 1957 after they won their first NBA Championship title. From then on, the team would grow to become the most successful team in the league.

Following this win, the team made it to the NBA Finals for nine straight seasons, winning it eight more times. This was followed by a break in 1967 and then another two victories. The turning point for the team came in 1969, when they would have to wait four years to win another title, although they frequently made it to the Conference Finals. They notched up two wins in 1974 and 1976.

The 1976 win was followed by another four-year absence in the finals. During that time, NBA legend Larry Bird was drafted into the team. With Bird in the squad, the team would go in to win three more NBA Championships in addition to making the Finals on two other occasions. Following their 1987 loss, the team would have to wait 21 years before making the finals again. The 2008 Championship victory was the first win in 22 years.

After the 2008 victory, the team made it to the NBA Finals again in 2010 but lost out to the Los Angeles Lakers. The team has remained competitive ever since making it to the Conference Finals three times since then. Will this season be the Celtics’ year to win the 18th Championship?

Before placing any bets on the Boston Celtics, have a look at some of the team stats listed down below. They may save you from making bad bets!