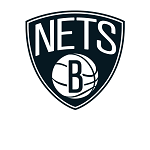 Brooklyn Nets odds showed an upward swing in the early 2000s but has returned to more normal seeming lower numbers in recent years. Unfortunately, the team is still struggling to get that first NBA Championship win, which has eluded them for decades now. Many bettors thought that the addition of Kevin Durant to the squad would prove to be a game-changer, but as he is still injured, there is no way of knowing this as of yet. One thing’s for sure; we wouldn’t place a future on the team to win the Championship this season at any online gambling sites.

If you would like to find out more about betting on the Brooklyn Nets at US online gambling sites, make sure to read on down below. There we have a look at the Nets odds to win the NBA Championship as well as their overall performance history. We also provide a list of the best sports betting sites where you can place a bet on the Nets. So, what are you waiting for? Read on and begin betting on the Nets today!

The Brooklyn Nets haven’t been a safe bet for US gamblers for some years now. Aside from the fact that the team has never actually won an NBA Championship, the team choked when they had a strong squad between the 2001 and 2006 seasons. Since then, the team has really struggled to inspire any sort of confidence in bettors.

Bettors were hoping that the addition of Kevin Durant and Kyrie Irving would lead to better results this year. However, with both players dealing with big injuries, the team has been left struggling. This all stated, a bet on the team to make the playoffs wouldn’t be too misguided as they do stand a legitimate chance of doing so.

We would hold off on a bet on them to make the NBA Championship this season though. Perhaps, when Kevin Durant returns and Kyrie Irving is at full health, the team will be fit for a good title run. But it doesn’t seem as if that will happen this year. 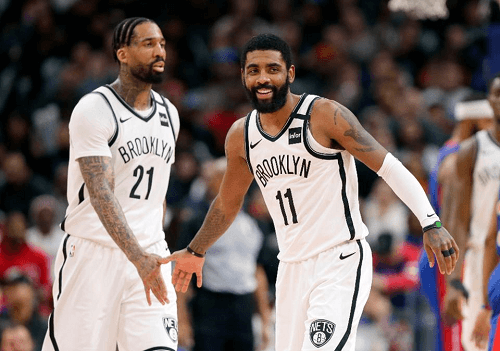 The Brooklyn Nets were formed in 1967 as an ABA team called the New Jersey Americans. The team has been quite nomadic since it first formed, moving between New York and New Jersey several times. The first of these moves came in 1968 when the team moved to New York and remade themselves the Nets. There they would win two ABA Championships in 1974 and 1976.

In 1976, the team joined the NBA. The following year they moved back to New Jersey where very little success was found. Their first 24 years in the NBA saw them make it to the playoffs on a few occasions where they were knocked out in the First Round in all but one appearance.

This spell was finally broken by back-to-back NBA Finals appearances in 2002 and 2003. The team would remain competitive for the next three years following this before they would return to a familiar pattern of either not making the playoffs or getting knocked out in the First Round if they did.

Fans of the team are still waiting for that first big win. With the recent addition of two big names, will this win come sooner than we think?

Before placing a wager on the Brooklyn Nets, make sure to have a good look at the NBA betting figures listed down below: