Today’s list of Madden simulations at Bovada sees a rematch of the 2019 AFC Championship game with the Kansas City Chiefs visiting the New England Patriots. The match will pit two of the highest-rated quarterbacks in the game against one another with Tom Brady starting for the Patriots and Patrick Mahomes leading the Kansas City Chiefs.

The Chiefs come into the game with a record of 2-1, while the Patriots are currently undefeated in the Classic sim series. However, it is essential to take into account that the Patriots have mostly played weaker teams, such as the Miami Dolphins and Buffalo Bills, and that they have struggled a bit. With so many factors to consider in this one, it is definitely going to be a tough prediction. 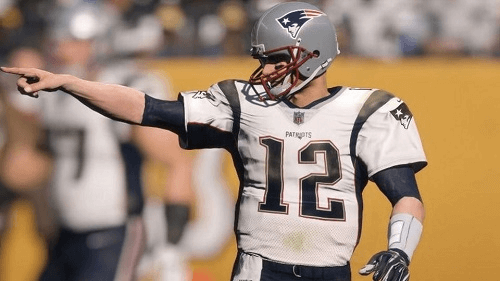 So, here’s a look at some of the critical stats of the teams involved in this match:

New England has a relatively good squad, but they seem to be struggling a bit. We think a moneyline or spread on the Chiefs may actually give you a good return. But this is a simulation, and the New England Patriots have had a winning squad for almost two decades now, so there is a chance that the algorithm may favor them a little.

Looking to bet on this game? Sign up here to place your wagers now!