Tonight’s list of Madden 20 simulations includes a match between two AFC heavyweights of the last two decades – the New England Patriots and Pittsburgh Steelers. In recent years, these two teams have been regular competitors in the AFC Championship, last meeting each other at this stage of the game in 2016. Although both teams have been relatively strong sides for some time, last season saw a dip in performance for both of them.

However, it seems that the developers of the Madden series still tried to play to the idea that these are two of the best teams in the AFC when creating the newest game in the series. So, this isn’t really going to be an easy one to predict, despite the Steelers having failed to make the playoffs and the Patriots having been knocked out in the first round. 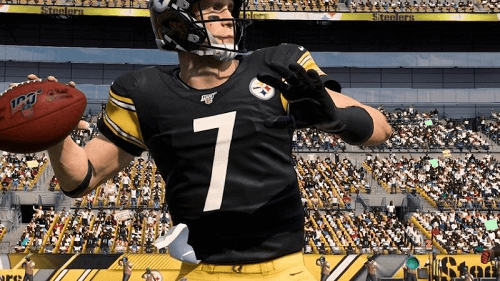 So, here are some stats to take a look at before we discuss our prediction:

We were surprised that the New England Patriots were able to knock out the Kansas City Chiefs. But as we stated in yesterday’s prediction, the Patriots have been in a dominant position for 20 years at this point. The game’s algorithm could naturally have been designed to make games go in favor of the team to emulate real-life accurately. The Steelers aren’t a bad team, but we’d take the Patriots on this one after yesterday.

Looking to bet on this game? You can do it here!