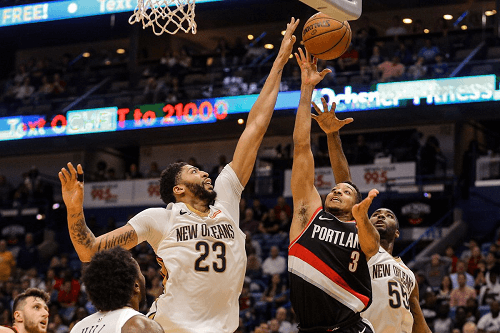 Tonight, it’s the New Orleans Pelicans against the Portland Trail Blazers at the Smoothie King Center in Louisiana. The Pelicans come into the matchup on a two-game winning streak that they will be looking to continue. Their last game saw them get a big 124-117 win over the Indiana Pacers. The Pelicans played to their strengths and were on the road, where they are supposedly a much better team. They struggle to get wins at home though.

The Portland Trail Blazers come into this game on a one-game winning streak following a big victory over the Miami Heat. The team seems to be on an upward streak with them winning most of their last ten games. Point Guard Damian Lillard has been having a good season that has seen him average around 29.9 points per game, which is third best in the league. With the Pelicans as bad as they are on their home court and the Trail Blazers on an upswing, is this game as easy to predict as we think it is? We have a look below!

Before we get to picks, here’s a look at some key New Orleans Pelicans and Portland Trail Blazers facts:

Now that we have gotten through all of the stats and facts, here are our predictions for the New Orleans Pelicans vs Portland Trail Blazers:

Get the Best Odds