Today’s list of available Madden simulations to bet on is an AFC matchup between the New York Jets and Pittsburgh Steelers. Both teams have performed relatively well in recent simulations – well, at least better than what they would in real-life. The New York Jets went 2-2 in Bovada’s Sim Classic tournament before they were knocked out by the San Diego Chargers in the first round of the knockout stages.

The Steelers also had a good showing and recently got a win over the Sim Classic champions – the New England Patriots. The team overall has shown itself to be a good Madden legacy team. In saying this, we mean that the team has been pretty good at remaining competitive in the NFL to some degree over the last 15 or so years. So, they are a team that can pull out wins from nowhere in-game too. But who will win in this matchup? 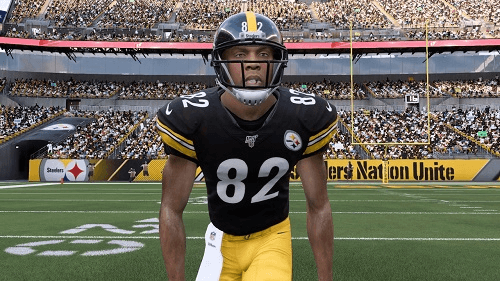 Well, here’s a look at some of the game’s key metrics:

Pittsburgh and New York seem like very evenly matched teams. Both sides have good players in both their offensive and defensive line-ups but both holes too. From what we have seen, the Steelers are more favored by the algorithm in simulations, it seems. So, we’ll go with the Steelers for the win.

However, we don’t think you should waste money on the moneyline here. It’s too big a risk for too little gain. If you are going to wager on this game, instead go for the spread. You will at least see some nice change there.

Looking to bet on this matchup? Well, you can do so at Bovada. Make sure to sign up through us to get access to exclusive bonuses!