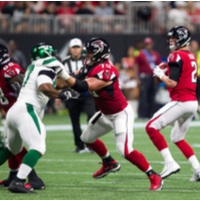 The New York Jets and Washington Redskins will be facing each other on the 17th of November 2019. The match will take place at FedEx Field, Landover and the game kicks off at 1:00pm EST.  Week 11 of NFL is still continuing and this two clubs haven’t met this season. However, with that said, this won’t be the first jump for Washington Redskins quarterback Dwayne Haskins, but then again it certainly feels like it. Previous week, the Redskins started Haskins by default due to the case of Keenum’s concussion. Haskins is now confirmed to be the beginner for the rest of the season. Believe it or not, Haskins has the opportunity to potentially help steal a victory for the Redskins, as the team takes on the 2-7 New York Jets at FedEx Field. The Jets lost to the Miami Dolphins, whom the Redskins beat in a nail-biter a few weeks before. While they have a win against the Cowboys, the Jets are inconsistent, and there might be errors for the Redskins to capitalize on.

The New York Jets go in to this match with a 2-7 record as it beat the New York Giants at home in the previous week by the score of 34-27. Despite winning that match, The Jets remain in last place in the AFC East. Defensively, New York are below average up to this point in the even season. The Jets allow 26.4 points per match which ranks 25th in the league. In addition, the Jets still allow 344.3 yards per match which ranks 15th in the league.

The Jets showed resilience and character in the past week after jumping out to an early 14-0 lead, which made them fall behind and rally for a late win against the Giants. The Redskins are a far less risky opponent now and have been known to play poorly after a bye week.