American Football Conference betting (also known as AFC betting) forms a big part of National Football League betting – the most popular form of sports gambling in the United States. As one of the two conferences of the NFL, the AFC is home to 16 teams in the league. In fact, in recent years, it seems that it has been almost been more profitable to pick an AFC team to win the Super Bowl, particularly the New England Patriots, who have won it three times in the last five years.

With half the games in the league involving AFC teams, many avid US football bettors are looking to learn more about how they can get the edge when betting on these teams. Well, if you are one such bettor, all you need to do is carry on reading. Down below we have got our NFL AFC betting guide, which is filled with helpful tips needed to place more successful bets on the league along with a list of the top online gambling sites in the USA.

Looking for the best AFC Championship line? Make sure to have a look at the sportsbooks listed down below. Each has got some amazing NFL betting deals, including a load of bonuses and win boost options. So, sign up today!

What You’ll Find In Our NFL American Football Conference Guide

Experienced bettors already know that many of the regular season AFC lines will be available on the Championship game too. Generally, big games just open the door for new prop bets at US sports betting sites that aren’t always available throughout the season. If you are new to betting on the NFL in general, below is a list of the most popular AFC Championship game betting lines:

There are four local divisions for the American Football Conference each consisting of four teams, and they are as follows: 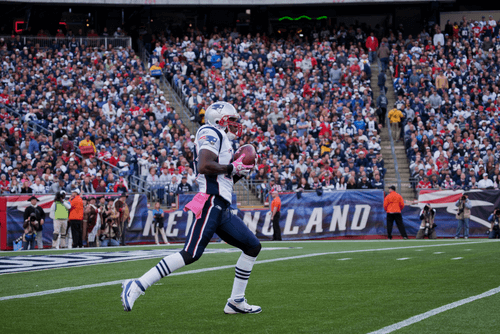 While AFC Championship betting odds change throughout the season, these are the sort of odds teams are looking at when placing futures on each of the conference’s teams this year. As expected, the New England Patriots lead the pack in terms of AFC Championship game odds.

The American Football Conference was created when the American Football League merged with the National Football League in 1970. The AFL initially started out in 1960 as a small sporting league featuring a total of eight teams, which would increase to ten as the years went by. When the league merged with the NFL, three teams from the NFL (Cleveland Browns, Pittsburgh Steelers and the Indianapolis Colts) were made to move over to the AFC in order to equalize the two new conferences.

Since its formation, five teams have joined the AFC and two have left. These teams include the Tampa Bay Buccaneers, Jacksonville Jaguars, Baltimore Ravens, Houston Texans and for some time the Seattle Seahawks who now form part of the NFC West. Since 2002, the league has seen no further new addition with last new team being the Texans.

Overall, the AFC has been rather predictable over the last decade, with only five different teams making it to the final; these being the New England Patriots (5 times), Denver Broncos (2 times), Pittsburgh Steelers, Indianapolis Colts and Baltimore Ravens (1 time). Even more surprising is the fact that these teams have mostly had one of three quarterbacks in starting position: Tom Brady, Peyton Manning and Ben Roethlisberger. This fact should make betting on the AFC a lot easier, especially in terms of futures.