Atlanta Falcons betting has been known to be rather heart-wrenching for gamblers who love placing futures. Although the National Football League (NFL) team has made it to the Super Bowl in recent years, and multiple NFC Championship games in the past, they have not been able to convert one of these runs into a Vince Lombardi trophy win. That said, the team seems as if it may be on the cusp of a big victory sometime in the near future, even if recent seasons have suggested otherwise. 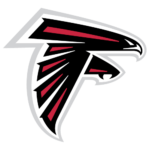 If you would like to bet on the Atlanta Falcons this season, we recommend reading on in our guide down below. We take a good look at the team’s Super Bowl odds, their overall performance history and provide some of the best online gambling sites to place NFL wagers. We also neatly list some facts about the team to help you get a quick overview of their playoff and division form. So, read on and begin placing bets on the Falcons today!

Looking for the best US sports betting sites to place bets on the Atlanta Falcons? Well, look no further than the sportsbooks listed down below. Each is sure to have a load of different available betting lines on a whole load of different matches.

What You’ll Find In Our Atlanta Falcons Guide

The NFL’s Atlanta Falcons are coming off a losing 2018 season, which saw them go 7-9 and fail to make it to the playoffs just two years after making it to the Super Bowl. Many bettors and fans of the team were disappointed to see the team perform so badly, especially with quality players like Matt Ryan at quarterback and Dan Quinn taking on the role of both head coach and defensive coordinator.

Quinn’s defensive formations previously led to the Seattle Seahawks getting their first Super Bowl win in 2014. That stated, he clearly doesn’t have the players of the caliber that he worked with at the Seahawks in the Falcons. This has led to somewhat of a creaky defense that may cost the team some games.

Overall, we wouldn’t recommend betting on the Falcons to take the Super Bowl this season. The team has a good chance of doing it in the coming years, if they are able to sort out their issues with their defensive formations, but it doesn’t seem as if this is going to be the year that this happens. That said, if you are really keen on betting on the team, we recommend perhaps waiting a few games to really see whether they have any sort of chance of taking the NFC South, and making it to the playoffs.

The Atlanta Falcons joined the NFL as an expansion team in 1965. The NFL had offered then owner Rankin Smith the team to keep him from joining the NFL’s rival football league the American Football League (AFL). Smith paid $8.5 million for the Falcons, the highest price, at the time, anyone had paid for a franchise. Upon the 1970 NFL-AFL merger, the team was assigned to the National Football Conference.

For much of their early years, the team struggled to make an impact on the league, making it to the playoffs for the frist time ever in 1978. They would make it to the divisional playoffs before being knocked out of the tournament. Over the next four years, they would make it the playoffs two more times before another period of poor showings would start again and only end in 1991.

Although the team made it to the Super Bowl in 1998 (which ended in a loss to the Denver Broncos, they were hardly considered a competitive team throughout the decade, making it to the playoffs a total of three times.

It was only after the 2002 NFL realignment that saw the team reassigned from the NFC West to the NFC South that the team really began to make more of an impact on the league. Although playoff appearances were still somewhat sparse, they were able to make it to the NFC Championship four times, winning once in 2016.

Many believe that although the team has been historically unsuccessful, they do stand a good chance of breaking through and winning their first Super Bowl sometime soon. With the erratic nature of their playoffs history, it really seems that this could be at any time. 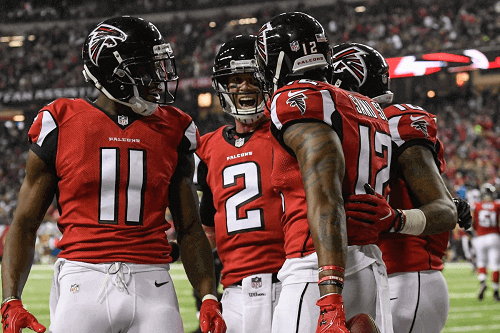 If you plan on betting on the Atlanta Falcons this season, you may want to have a good look at some of the facts and stats listed down below before making your bet. Who know; you may change your mind about doing so: