Baltimore Ravens betting has become a rather popular form of National Football League (NFL) betting since the team joined the league amidst some controversy in 1996. Since joining the league, the team has seen some success, winning two Super Bowls, two AFC Conference Championships and five division titles. With the team’s proven track record as a top competitor in the league, it is clear that they have what it takes to make it to big games, even if they haven’t done so in recent years. Are the Baltimore Ravens worth betting on this year though?

Well, if you are looking to find out more about betting on the NFL’s Baltimore Ravens at online gambling sites, make sure to read on down below. In our ultimate guide, we have a look at the Ravens chances of winning the Super Bowl this season, their overall performance history and some interesting facts about the team. So, what are you waiting for?

What You’ll Find In Our Baltimore Ravens Guide

Since winning the Super Bowl in 2013, the Baltimore Ravens have not exactly been a reliable post-season bet. They have only appeared in the playoffs twice since then and failed to make it to the AFC Championship on both occasions.

In addition, while they have mostly posted positive win ratios, the team has failed to make itself seem like a dominant presence in the league, despite winning the AFC North last year. This may be due to change this season though as Lamar Jackson has stepped up as starting quarterback for the team with former Super Bowl winner Joe Flacco being traded to the Denver Broncos.

The Ravens are set to face stiff competition from the Cleveland Browns and Pittsburgh Steelers, but it remains to be seen whether or not they will be able to rise to the challenge. Coach John Harbaugh certainly thinks so.

We would be wary of placing an outright on the Ravens too early. Jackson is still relatively untested in a full season capacity and it will be interesting to see whether his focus on rushing will bring a new dynamic to the game as a whole. If the season goes well, the team may prove to be a good bet at the best US sports betting sites.

As previously stated, the Baltimore Ravens joined the league in 1996. Their entry into the National Football League was embroiled in controversy as former Art Modell attempted to move the Cleveland Browns to Baltimore. After many years of discussion and legal battles, it was decided that the Ravens would be an expansion team and that the Browns would remain in Cleveland.

Although the team’s first few seasons, proved to be rather unsuccessful, the Ravens found form when famed middle linebacker Ray Lewis joined the team. In 2000, they would win their first Super Bowl title as a franchise defeating the New York Giants in the final of Super Bowl XXXV.

The team would remain a competitive force through much of the 2000s, making it to another AFC Conference Championship game. They would really find form again in the 2010s, where they would make it to two back-to-back AFC Championship finals, winning in 2012 where they would go on to win the Super Bowl too.

Since their Super Bowl victory in 2012 though, the team really hasn’t been a reliable bet. They have made it to the playoffs twice since then, and have only racked up one win postseason. Fans are hoping that this will change with quarterback Lamar Jackson in the driver’s seat. 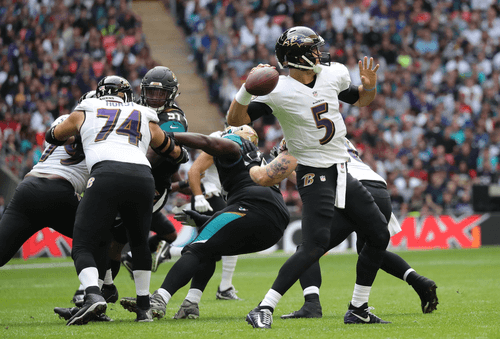 There are few things to keep in mind when betting on the Baltimore Ravens. The facts listed below should help you make some more educated bets: