Buffalo Bills betting is probably the third most popular form of National Football League betting in the state of New York. The team hasn’t really seen any success in the league since their good AFC Championship run between 1990 and 1993. Thus, as a general, United States bettors would do well to stay away from making any futures on the team. But this doesn’t mean they can’t make any sort of wagers on the team if they really wish to do so.

If you are one such bettor, make sure to read our Buffalo Bills guide down below. We’ve got all you need to know about the Bills before placing a bet, including their odds to win the Super Bowl, their team and performance history as well as some interesting facts. Our recommended NFL online gambling sites also feature the best odds for betting on Buffalo Bills games. So, read on and start making better bets.

Bet on the Buffalo Bills Here

Would you like to bet on the Buffalo Bills? Maybe you’d like to bet against them? Well, have a look at the odds available at the sportsbooks here. Each is sure to offer some very competitive lines!

What You’ll Find In Our Buffalo Bill’s Guide

The Buffalo Bills aren’t really known to be one of the most competitive teams in the AFC Conference. In the last 20 odd years, the team has only once made it to the playoff round and have never in their history been able to lift the Vince Lombardi trophy, meaning that US sports betting sites don’t look on them too favorably.

This season seems like it is going to be no different from the last. They have gone through a load of different quarterbacks in the last few years, but they finally seem to have settled on Josh Allen, who hasn’t really started his career with a great passer rating.

Bookies have given the Bills some of the worst odds to win the Super Bowl this year, and we can’t really blame them. We wouldn’t recommend making any futures on the team to win any time soon. However, if you are interested in betting on some of the NFL team’s matches, try to go for some props or totals as it may be tough to get moneyline or spread victories.

Check Out Our Other AFC East Guides

The Buffalo Bills were formed in 1960 as one of the original teams in the American Football League (AFL). Before the AFL merged with the NFL in 1970, the team was able to pick up two back-to-back AFL Championships victories in 1964 and 1965.

Since the merger, however, the Bills have been pretty unlucky in the league. Throughout much of the 1970s and 1980s, they were a pretty mediocre team. In fact, the “team’s” most notable achievement in this period was famed running back O.J. Simpson’s most valuable player award in 1973.

Following a period of rebuilding during the late 1980s, the team emerged as a real contender, winning four AFC Championships between 1990 and 1993. However, they failed to win on each occasion, falling to the New York Giants, Washington Redskins and Dallas Cowboys twice.

Since their last Super Bowl appearance, the Bills have not been in contention to lift the Vince Lombardi trophy at all. In fact, the team has only made it to the playoffs once since the 90s ended. Although fans are hoping that the team’s fortunes will pick up soon, we say don’t bet on them winning anything if you want to keep your fortune. 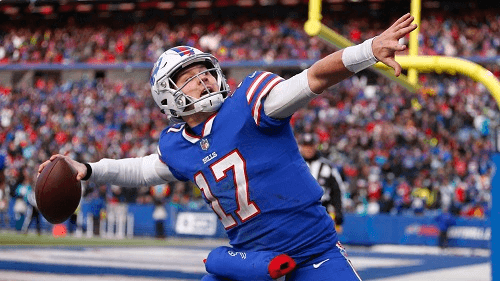 Looking to bet on the Buffalo Bills? Maybe you’ll find some of these facts useful in making better wagers: