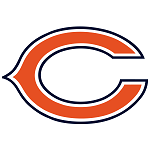 Chicago Bears betting has really picked up in recent years. Although they are one of the oldest and most famous National Football League (NFL) teams, the Bears have not really had a good go at the Super Bowl since that good, old 1985 win fans will never forget (or let others forget.) But this seems to have changed in recent seasons, and the Bears seem to be one of the favorites to potentially lift the Vince Lombardi trophy at the best online gambling sites in the United States. But, are they worth betting on?

Well, if you’re struggling on deciding on whether to bet on this world-renown team, then make sure to stick around. Below we have a good look at the Chicago Bears odds to win NFC North and the Super Bowl, as well as their recent performance history, among other facts. So, read on and find out whether that Bears future is a good idea this season.

Bet on the Chicago Bears Here in 2021

If you would like to bet on the Chicago Bears this season, make sure to sign up at one of the top-rated US sports betting sites down below. Each has got a number of wonderful betting lines available and at amazing odds too!

What You’ll Find In Our Chicago Bears Guide

The NFL’s Chicago Bears are coming off a season where they managed to win the NFC North with a 12-4 overall record, but were just unlucky in the Wild Card playoffs, losing 15-16 to the Philadelphia Eagles. Many fans believe that the team’s record last season may translate into a good season this year too, with strong hopes that Mitchell Trubisky will step up to the plate and lead the team to their first Super Bowl appearance in more than a decade.

Some bettors feel that the Bears have a strong chance of winning this season. With the offensive minded Matt Nagy at head coach, and strong players such as wide receiver Allen Robinson and tight end Trey Burton in the squad, many believe that the team just may have a chance of picking up their second Super Bowl win this year.

More sceptical minded gamblers have raised doubts about whether the team will be able to keep up with 2018’s regular season performance, saying that the team is actually not all too impressive and that Trubisky is not the playmaker he needs to be to win. With opinion being divided, it seems that the only way to really see if the team is worth betting on is to wait until a few games have been played and then decide. 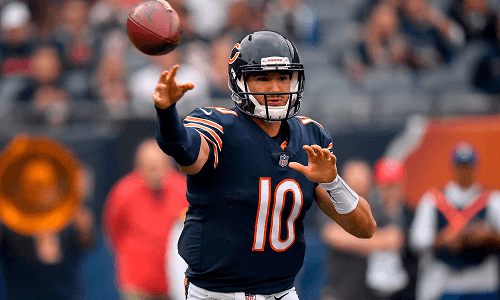 Formed in 1920, the Chicago Bears (together with the Arizona Cardinals) is the oldest active team in the NFL. There early history was spread with mixed seasons, with team picking up their first Championship win in 1921. There after it would be a decade before the team would win another, but this began a period of dominance for the team in which they would make it to the finals nine times in the next fifteen years and walk away with a victory six times.

After their 1946 season victory, the team would not make it to the finals again until the 1956 season, despite posting seasons with positive win percentages on many occasions. They would struggle to make it to the playoffs for some time, before breaking through and winning the NFL Championship one last time in 1963 before the trophy’s “demise”.

In 1970, during the NFL-AFL merger, the Chicago Bears were assigned to the National Football Conference’s Central division, which consisted of all their long-time rivals, such as the Green Bay Packers, Detroit Lions and Minnesota Vikings, in addition to the Tampa Bay Buccaneers. The Bears had limited success in the Central division, struggling to make it to the playoffs for much of the first decade after the merger.

It was only after the appointment of Mike Ditka as coach in 1984 that the team would once again become competitive. Ditka would revolutionise the way defensive structures worked and led the team to their first-ever Super Bowl title in the 1985 season. Although the team would remain very competitive for the remainder of the decade, they would not make another Super Bowl appearance.

Following Ditka’s 1992 dismissal, the team would struggle to make any impact on the league, making it to the playoffs three times over the next decade. The appointment of Lovie Smith led to much excitement, with Smith leading the team to their first Super Bowl appearance in over twenty years in the 2006 season, which unfortunately did not result in a win. However, Smith was unable to do better than this.

Since the dismissal of Smith in 2012, the team has gone through a few different head coaches and struggled to make it to the playoffs. Fans are hoping that a rejuvenated team and head coach Matt Nagy will be able to change this though.

Check out our other NFC North guides:

If you’re going to bet on the Chicago Bears this season, you better keep the following facts in mind: