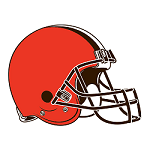 Cleveland Browns betting has not been at all fruitful in recent years. The team has been somewhat of the National Football League’s punching bag over the last three decades, despite having a rich history the league. The team has failed to make it to the playoffs since 2002, last won a division title in 1989, and hasn’t lifted a Championship trophy since 1964 – which was before the NFL-AFL merger even took place. However, that stated, things seem to be on the up for the Browns and many online gambling sites are beginning to think differently about the team.

If you would like to learn more about betting on this famous and loved NFL team, make sure to keep on reading down below where we have a good look at the team’s odds to win the Super Bowl as well as their overall history. We also have a good look at some interesting facts that may influence your betting decisions. So, read on and find out more about betting on the Browns.

Bet on the Cleveland Browns Here

If you are looking for the best Cleveland Browns Super Bowl odds, make sure to visit any one of the sportsbooks down below. Each has got great lines on all upcoming Browns games

What You’ll Find In Our Cleveland Browns Guide

As previously mentioned, the Cleveland Browns have been viewed somewhat as a joke in recent years. The team hasn’t posted a positive win-loss percentage since the 2007 season and their last playoff appearance was in 2002. In 2017, they went the whole season without winning a single game.

Despite all this though, many sports betting sites have given the team some absolutely insane odds of winning this year. They may not be as heavily favored as the New England Patriots, but they are still seen as some big contenders to win this year.

Now, while usually sportsbooks wouldn’t be so quick to bet on the Browns, the team has gone through some insane restructuring over the last two years, which has seen the creation of a squad that may actually stand a good chance of winning. Odell Beckham Jr. – famed wide receiver who has broken many league records was traded to the team and Freddie Kitchens has been named as head coach.

We would be somewhat weary of placing a future bet on the Browns before the season starts. While the team may seem good on paper, the season may prove to be completely different once the season begins.

The Cleveland Browns were formed in 1944 as one of the teams in the now defunct All-America Football Conference where they won the championship every single season. The team’s name was derived from their team coach, Paul Brown. When the league dissolved in 1949, the team joined the National Football League, where they have competed ever since.

The team proved to be very competitive in the 1950 and 1960s, reaching the NFL final a total of 11 times between 1950 and 1969. During this period, they were also able to pick up four NFL Championship victories.

During the NFL-AFL merger in 1970, the Browns were appointed to the American Football Conference Central division, where they saw some success during the 1980s, making it to three AFC Championship games but failed to win each time.

Since then though, the Browns have not been at all competitive, even being inactive for three years after a controversial attempted move. They were moved to the AFC North in 2002, and have not won a division title since the restructure nor have they made it to the playoffs since that year.

Fans are hoping that the team is on the rise despite a recent year which saw the team suffer a winless season. With new blood in the squad, the team may definitely be on the mend. 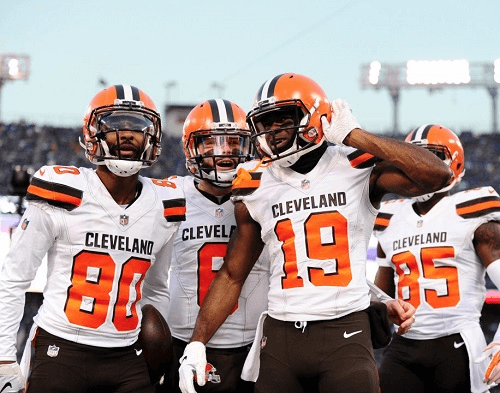 Below are some facts about the Cleveland Browns that should help US bettors put better though into their wagers on the team: