Despite being the biggest NFL team, Dallas Cowboys betting has not been all that successful in recent years, but that hasn’t stopped many avid United States bettors from taking a chance on the team. Although Tony Romo was unable to lead the team to a much sought-after Super Bowl title, many fans believe that Dak Prescott may just do such sometime in future. With two recent division titles, they may actually stand a good chance to win, and overcome what their terrible postseason record of the last two decades may suggest.

Bet on the Dallas Cowboys Here

Looking for a good Dallas Cowboys betting line? Well, have a quick look at all the US sports betting sites listed down below. We can assure US bettors that they have the best Cowboys odds on upcoming games and the Super Bowl. So, what are you waiting for?

What You’ll Find In Our Dallas Cowboys Guide

Most top NFL sportsbooks have given the Dallas Cowboys favorable odds of winning the Super Bowl this year. They may not be ranked as highly as the New England Patriots or Kansas City Chiefs, but the team is clearly not doing too badly. They are coming off a 2018 NFC East division win, but failed to make it past the Divisional playoffs, going down to the Los Angeles Rams.

They’ll definitely have a tough time in the NFC East this year, as the Philadelphia Eagles are tipped to take the division. In addition to this, the team has been having many contract disputes with key players, such as Dak Prescott and Ezekiel Elliott, both of which are looking for some premium pay for their services. It’s unclear whether the time to finalize these deals will have a negative impact on the team at this point.

Overall, we say be weary of placing a future too early on the Cowboys, especially with the Eagles in such good form, it is going to be tough for them to take the division and/or perhaps even make the playoffs. We suggest waiting a few games to determine whether or not the team is actually worth betting on this season.

Check out our other NFC East guides:

The Dallas Cowboys were formed in 1960 as an NFL expansion team. At the time, there had not been an NFL team located in Texas for more than eight years. The team immediately garnered a massive following, and has been one of the state’s biggest sports teams ever since. (In fact, they are also the most valuable team in the world too, partly because of this.)

During their very early years, the team saw limited success, taking two Conference Championships in 1966 and 1967, but not much else. When the NFL merged with the AFL in 1960, the Dallas Cowboys was assigned to the National Football Conference (NFC) East division, along with the New York Giants, Philadelphia Eagles and Washington Redskins, and so begun an era of more success.

The team picked up their first two Super Bowl wins in the 1970s, along with five Conference Championships. The team was actually the most successful of the era, picking up a total of 105 regular season wins.

The 1980s started off well – the team made it to the NFC Championship three years in a row between 1980 and 1982. But, this period of success was then followed by a spate of poor showings that saw the team struggle to make it to the playoffs during the late 1980s. 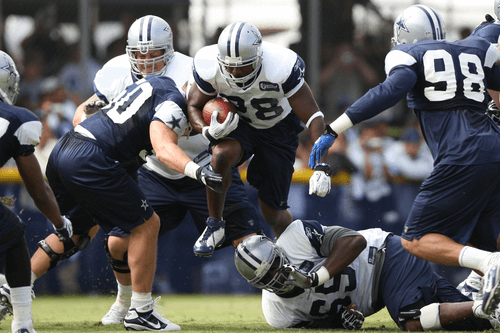 The Dallas Cowboys are the biggest sports franchise in the world, but that doesn’t mean that they are the most successful. Before you place that future bet on the team tow in this year’s Super Bowl title, we recommend having a look at some of the team facts listed down below: