Detroit Lions betting has proven to be somewhat of a nonevent ever since the NFL-AFL merger in 1970. The team’s greatest achievement since then has been an NFC Championship appearance in 1991. Thereafter, the Lions have struggled to make it to the playoffs in consecutive seasons on a regular basis as well as put up a challenge for their division. With all this stated, the team is not one to back for a Super Bowl appearance, but some US bettors may still insist on doing so despite being advised of throwing their money away by betting on the side at the best online gambling sites in the United States.

Looking for the best place a bet on the Detroit Lions? Well, the US sports betting sites listed down below have got loads of lines and odds on the team as well as many other NFL games.

What You’ll Find In Our Detroit Lions Guide

The NFL has not been good to the Detroit Lions at all in the last few decades. The team has not picked up a division win since the 1993 season, and has struggled to post winning seasons on a regular basis. They are coming off a 2018 season that saw them go 6-10, and fail to make it to the playoffs for the second successive season.

Coach Matt Patricia has been in charge of the team for one year, but has so far posted a win percentage of just .375. Although Matthew Safford has been able to break several franchise and NFL records, unfortunately it just does not seem as if he has got the support he needs to make game winning drives, even if rookie T. J. Hockenson seems to be playing well.

Most sportsbooks have pegged the Lions as one of the least likely teams to win the Super Bowl this year. When one looks at the fact that their last division and playoff win came almost three decades ago, it really isn’t hard to see why. We wouldn’t recommend betting on the Lions to win the Super Bowl this year, unless you are an ardent supporter of the team and would just like to make a fun bet (who knows; you could get lucky but we wouldn’t count on it.) 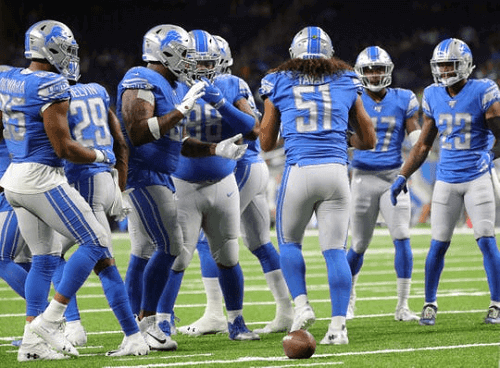 The Detroit Lions were formed in 1930 as the Portsmouth Spartans, changing their name to the Lions and moving to Detroit in 1933. The team saw a handful of good results in their early years, posting some winning seasons and winning the NFL Championship in 1935.

Following this win, the team struggled to get a foothold in the league again until the 1950s. During the decade, the Lions would make it to four NFL Championship finals, winning a total of three (1952, 1953 and 1957).

Since the last win, it has been pretty much all downhill for the team. The Lions are widely known as one of the worst performing teams in the National Football Conference, having been made part of the conference in the 1970 NFL-AFL merger. Since being made part of the NFC Central/North they have won a total of four division championships, with the last being in 1993.

Many fans are hoping that the team will one day relive the glory days of the 1950s, but at the moment it doesn’t seem as if they is going to change anytime soon.

We advise that all US bettors interested in placing a wager on the Detroit Lions have a look at the fact listed down below. They might change your mind: