Green Bay Packers betting has been full of ups and downs in the last few decades. The National Football League (NFL) team always seems like a sure-fire bet at the beginning of the season, but rarely seems to follow through on expectation, even though they were the most successful team in the NFL pre-merger. Despite being a regular in the NFC Championship game in the last two decades, they have only managed to win two Super Bowl titles. Although recent seasons have been rather rough, fans are hoping that the appointment of Matt LeFleur will soon be able to get the team back into their winning ways.

If you would like to learn more about betting on the Green Bay Packers, make sure to stick around. Below we go through the Packers odds to win NFC North and the Super Bowl as well as their overall performance history. We also provide US bettors with a list of online sportsbooks with the best betting lines on the team. So, read on and start making some bets on the Packers at the top US online gambling sites!

Looking for the US sports betting sites with the best odds and betting lines on the Green Bay Packers? Well, have a look at the sportsbooks listed below. One of the sites is sure to have an offer that takes your fancy!

What You’ll Find In Our Green Bay Packers Guide

As previously alluded to, the NFL’s Green Bay Packers are probably one of the best teams at coming up just short. In the last twenty-five odd years, they have made it to seven Conference Championship games, but have only won three. They have been a team bettors can count on to make it to the playoffs, in addition to standing a good chance of winning their division, but they haven’t really been a good Super Bowl bet.

Despite suffering two consecutive losing seasons, sportsbooks have pegged the team to make somewhat of a comeback this season by suggesting that they have somewhat of a moderate chance of winning the Super Bowl this year. It all really depends on how the offense and defence stack up, and with many fans questioning the abilities of ageing quarterback Aaron Rodgers, it really seems as if this will be a gamble.

Overall, we suggest bettors be a bit cautious about making a future bet too early in the season. With a new coach and a squad that didn’t do too well last year, it will be interesting to see how the team performs overall. It could prove to be a fruitful year for the team, but we aren’t counting on it until we see what the Packers have in store for the league this year. 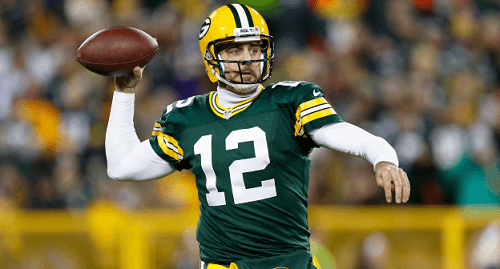 The Green Bay Packers were formed in 1919 and joined the NFL in 1921. Although the team started as an amateur team, the team is the only side with a grassroots formation that has remained a community-owned sports in the United States.

Upon joining the league, the team struggled to perform well, experiencing mixed seasons for their first decade of existence. It was only in 1929 that their fortunes would begin to change as they would go on to win three straight NFL Championship titles under player-coach and founder Curly Lambeau.

Lambeau would go on to lead the team to four additional NFL Championship finals, winning three titles with the last being in 1944. Thereafter, the team would enter a long period marred by poor showings that would only end in 1960, when the team not only made it to the playoffs for the first time in 16 years, but to the NFL Championship game. Despite losing, the team would follow it up with two successive wins under the leadership of leadership of legendary coach Vince Lombardi who never posted a losing season.

Under Lombardi, the team would win an additional NFL Championship title in 1965 as well as the two first ever Super Bowls ever played the following two years (although these wins are generally added to the Packers Super Bowl tally.)

Following the 1970 NFL-AFL merger, the Packers were assigned to the National Football Conference Central division (now the NFC North), along with the Chicago Bears, Minnesota Vikings, Detroit Lions, and for a time the Tampa Bay Buccaneers. Following the merger, it would take the team 25 years to make it and NFC Championship game again, with famed quarterback Brett Favre proving to be instrumental in changing the team’s fortune after joining the squad in 1991.

With Favre at the helm, the team would go on to win their first Super Bowl title in the modern era in 1997. The team would remain wildly competitive in the league for much of the 1990s and early 2000s.

After the retirement of Favre in 2007, Aaron Rodgers stepped up into the role of quarterback and seemingly picked up where his predecessor left off in continuing the tradition of the Packers being a rather competitive team. With Rodgers and coach Mike McCarthy, the team would go on to win another Super Bowl title in 2010.

Although the team has not been back to another Super Bowl since their last win, the team has been to several Conference Championships. The last few seasons haven’t been the best, but fans are hoping that the team will continue to remain a dominant force within the NFC for many years to come.

If you’re thinking of betting on the Green Bay Packers, make sure to take heed of the following team facts and statistics: