Los Angeles Rams betting has been exceedingly popular in the last two years. With the team hacving made it to the Super Bowl in the 2018 season, many believe that they are on the brink of adding to their overall championship tally. Or, at least, that is what the odds at online sportsbooks in the United States seem to indicate. With two consecutive NFC West wins and an NFC Championship title, it wouldn’t exactly be hard to fault them, especially with the partnership of Jared Goff and Sean McVay proving to be so fruitful. 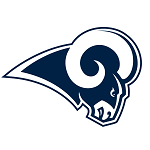 If you are keen to learn about betting on the LA Rams, you’ve come to the right place. Below we have a look at the team’s history and the Rams odds to win NFC West and the Super Bowl. We also provide US bettors with the best list of online gambling sites to place wagers on the Rams. So, read on, and start placing wagers today!

Looking to place a wager on the 2018 NFC Champions? Then, look no further! We have listed the sports betting sites with the best Los Angeles betting lines down below. So, what are you waiting for? Sign up today!

What You’ll Find In Our Los Angeles Rams Guide

As previously mentioned, the Los Angeles Rams have performed well in the NFL in recent seasons. Their 2018 Super Bowl appearance and overall good performance these last few years have made sportsbooks name them one of the favourites to win the title this season.

Since being appointed coach of the Rams, Sean McVay has really turned the team into a force to be reckoned with. Not only have they won the NFC West for the last two years running, but he has a career record of more than .70 heading into the 2019 season. As the youngest coach to ever lead a team to the Super Bowl, many are expecting that he will win someday soon, and that this victory may come with the Rams.

In addition, although Jared Goff is not considered a quarterback that quite reaches the calibre of other currently active greats, it is believed that with the right offensive line-up, he should be able to lead the team to some good performances in the coming seasons.

Overall, we wouldn’t fault anyone who chooses to place an early bet on the Los Angeles Rams as all signs point to a potential good performance this year. Ideally though; we’d wait a few games to see whether they are able to keep up their stellar form from last season.

Check Out our Other NFC West Guides:

The Los Angeles Rams were formed in 1936 in Cleveland, Ohio by Homer Marshman. In Cleveland, the team claimed their first NFL Championship victory in 1945. The following year, they relocated to Los Angeles, where they would have to wait six years until they would win the championship title again.

The team would remain in Los Angeles until 1994, after which they moved to St Louis, Missouri. They would pick up their only Super Bowl title in Missouri in 1999. However, they did make it the final again in 2001, where they lost to a Tom Brady-led New England Patriots side. After 2003, the team would suffer a fifteen-year dry spell, which was only broken after their second year back in Los Angeles.

Overall, the Los Angeles Rams have had a good run over the years winning a couple of NFL Championships, NFC Conference and Division titles. Recent years have seen them look like good contenders to win a Super Bowl. The only thing that seems to be stopping them is the Tom Brady-Bill Belichick combination at the New England Patriots. 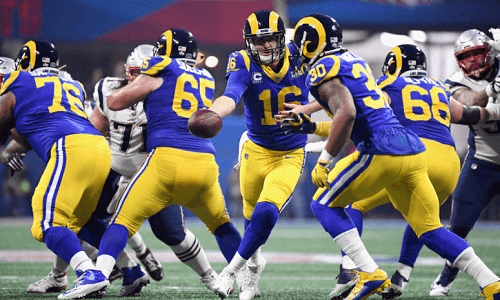 Placing bets on the Los Angeles Rams may seem very alluring, but we urge gamblers to take a good look at the facts and stats listed down below: