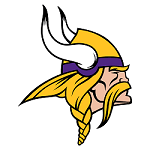 Minnesota Vikings betting has been rather unsuccessful for US bettors who have placed wagers on the team to win the Super Bowl. While the team has won four NFC Championships, they have never been lucky enough to lift the Vince Lombardi Trophy. They have had a couple of good seasons in recent years, winning the division in 2015 and 2017, so fans and bettors are hopeful that a big win will come sometime soon. Sportsbooks don’t seem to be thinking that way though.

If you’re looking to place a bet on a fun Minnesota Vikings game, have a look at the sports betting sites down below. They will help you with any of your NFL needs really.

What You’ll Find In Our Minnesota Vikings Guide

The Minnesota Vikings have had some big ups and downs in the last few seasons. In the last five years, they’ve won the NFL’s NFC North division twice, but also had a losing season. Thus, it is quite hard to predict just how well the team will perform this year. Last season saw the team post a 8-7-1 record and fail to make it to the playoffs.

This offseason has seen the team add some big players to the squad and perhaps miss out on some potential opportunities. The franchise is still hunting for their first post-merger Super Bowl victory and are hoping that coach Mike Zimmer will be able to organise a squad that is capable of completing the task. Kirk Cousins has also come off a solid first season with the team and may be able to improve be able to improve on such if given the proper support.

Overall, it is difficult to give a solid judgement on the Minnesota Vikings. We wouldn’t rush to make a future too early in the season as they are in a hard division, and the Chicago Bears seem to be playing well, and the Green Bay Packers aren’t doing too badly either. So, just wait a few games and see if they’ve got what it takes to go all the way. 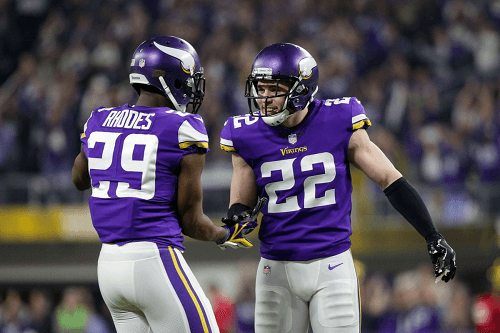 The Minnesota Vikings were formed in 1960. Despite having a strong and loyal fanbase, the team has never been extremely successful, having never won a Super Bowl. However, the team’s performance in recent years has suggested that there is a chance that this may change soon.

The Vikings have won the NFC North division twice in recent years (2015 and 2017). They also made it all the way to the NFC Championship game in 2018 before being defeated by the Philadelphia Eagles (who would later go on to win the Super Bowl). This is all evidence of a relatively strong side that is looking to breakthrough and be successful and finally win their first real Super Bowl title.

It seems since hiring Mike Zimmer in 2014, the team is all set to push through and do something big. Some may believe that the only thing that is holding the Vikings back is their poor teamwork at vital moments in important games. Perhaps, if they are able to work on this on upcoming seasons, they will be able to win their first Super Bowl trophy.

Before placing a bet on the Vikings, make sure to take note of all the below listed facts as some may change your mind: