National Football Conference East betting (also known as NFC East betting) has been rather interesting since its formation. The division is made up with some of the most notable names within the sport: the Dallas Cowboys, New York Giants, Philadelphia Eagles and the Washington Redskins. Each of these teams have previously won a Super Bowl title and have historically done pretty well in the playoffs, which has seen US online gambling sites payout bettors quite well.

Now, although these NFL teams are known for paying massive salaries and signing the biggest names to ever pick up a football, this doesn’t always translate into Super Bowl wins. Below we have a look the NFC East as a whole from a bettors’ perspective. We look at each team’s odds to win their division, some interesting stats to keep in mind when betting and the overall history of the division. So, read on and find out more about betting on the NFL’s NFC East and place better bets today!

Bet on the NFC East Here

The sports betting sites below all have loads of available wagers for the NFL, including NFC East games and so much more! But don’t take our word for it; visit one of the sites today and see for yourself!

History of the Division

The NFC East was formed in 1970 during the NFL-AFL merger and the teams that make up the division have remained largely intact since then except for one major change, which saw the Arizona Cardinals move out to the West division during the 2002 re-alignment.

Although divisions are generally built around geographical location, the NFC East division has always been a little bit uneven. The Washington Redskins, Philadelphia Eagles and New York Giants are all teams based in the north-east coast of the country. However, the Dallas Cowboys (and formerly the Arizona Cardinals too) are based in the south-western area of the country.

Overall, the NFC East is the most successful division in the league. Together, the teams in the division have won a total of 13 Super Bowls and 21 Conference titles (and this is without the Cardinals included.) The most recent win came in 2018, where the Philadelphia Eagles were lucky enough to win the title.

Although the teams in the division have tasted success frequently, we’d caution bettors who choose to bet on these sides blindly. Currently, the NFC East is not as competitive a division as its history holds, with the exception of the Philadelphia Eagles who may have a good run in store for the Super Bowl this year, but even this remains to be seen. 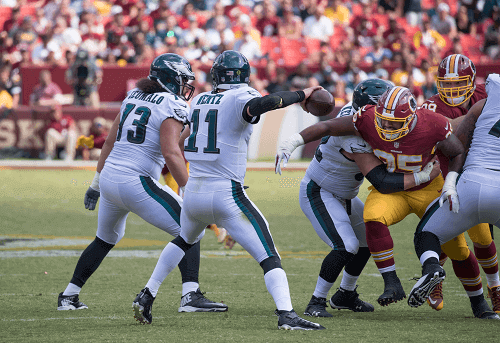 Before you bet on one of the teams in the NFC East, you may want to have a look at the following division stats and facts: