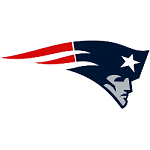 New England Patriots betting has been extremely popular in the United States in the last few years. The team is largely considered the best side in the National Football League’s (NFL) American Football Conference (AFC) East division, having won the division 15 times in the last 17 seasons. They have also appeared in the Super Bowl 11 times, which is a record in the league, and are tied for most wins with the Pittsburgh Steelers. It really isn’t a surprise then why US bettors like wagering on the team.

If you are interested in betting on this famously successful NFL team, then keep on reading down below. We have crafted the ultimate New England Patriots betting guide where we take a look at the team’s odds of winning the Super Bowl, the team history and some interesting facts to keep in mind when making bets. So, read on and start making profitable bets on the Pats at online gambling sites!

Looking for a good line on the New England Patriots? Well, look no further! The sportsbooks listed below have got the best odds and lines on every single NFL match played each season.

What You’ll Find In Our New England Patriots Guide

Unsurprisingly, sports betting sites have favored the New England Patriots to retain the Super Bowl this season. Although Tom Brady is getting up there in years and may also be musing on retirement, his partnership with Bill Belichick is still something that inspires fear in all other teams in the league.

With nine AFC Championships and six Super Bowls on their resume, it really shouldn’t be all that surprising as to why the team is favored. With that said though, the Patriots didn’t have their best season in 2018 going for 11-5 and Rob Gronkowski has retired. It will be interesting to see whether or not the team is able to keep their great offense numbers up.

Betting on the Patriots to win the Super Bowl is a relatively safe bet. The NFL team will probably face strong opposition from the Cleveland Browns and Kansas City Chiefs for the AFC Championship, but if there is any team that is likely to pull through it is the Patriots, despite the line-up changes.

Check Out Our Other NFL AFC Guides

The team’s early years were filled with terrible performances, only appearing in a single playoff game in their first 16 AFL/NFL seasons. This begun to change in the mid-1970s, where the team actually started making it to the AFC Championship games, which unfortunately resulted in losses.

However, the improving form eventually resulted in a Super Bowl appearance in 1985. They would go on to lose dismally to the Chicago Bears. Shortly after the Super Bowl appearance, the team went through a series of owners, until it was bought by current owner Robert Kraft in 1994. (Since being purchased by Kraft, the team has been turned into a billion-dollar team that has sold out every home game.)

Although the team saw another unsuccessful Super Bowl appearance in 1996, they would only really come into their stride during the 2001 season after Bill Belichick was hired as coach and Tom Brady was drafted as quarterback. Since that first season, the partnership has seen nine Super Bowl appearances; six of which have been victories. The team continues to dominate the AFC and is sure to do so until Brady retires. 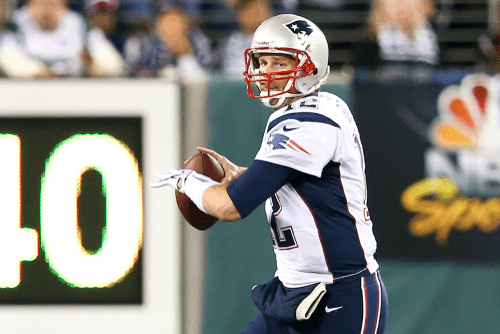 Are you looking to bet on the New England Patriots this year? You may find the following facts rather helpful then: