New Orleans Saints betting has really picked up since the franchise joined Louisiana’s favorite National Football League team. With Brees at quarterback, the team has been to three NFC Championship games and won one Super Bowl title. The team has also largely been considered one of the top contenders for Super Bowl in recent years with the team making a couple of good runs over the last decade. This fact as well as public betting trends have led many sportsbooks to give the Saints some very competitive odds.

If you’re looking to bet on the New Orleans Saints, make sure to have a look at the sportsbooks listed down below. Each of the following US sports betting sites offers gamblers amazing opportunities to bet on all the best NFL games.

What You’ll Find In Our New Orleans Saints Guide

The New Orleans Saints are thought to be one of the favorites to win the National Football League’s Super Bowl this season, after posting a 13-3 record last year, and making it all the way to the NFC Championship (where they were beaten in overtime by the Los Angeles Rams.) Although there are doubts that Brees will be able to perform as well as he has in previous years, sportsbooks have still favored the team.

With the team having posted positive records and won the NFC South in the last two years, many are expecting them to do it again under the leadership of head coach Sean Payton who has been in the role for more than a decade at this point. If the team can keep a good defensive record, it seems that they are sure to make it to the biggest game in the league.

Overall, we wouldn’t fault any US bettor who decides to take a chance on a future bet on the New Orleans Saints. The team has a strong line-up and are coming off a good year. Many pundits are fancying a Super Bowl final featuring the Saints, so it isn’t a bad bet. As always, we would urge gamblers to wait until the season has actually started before placing a bet to see whether or not the team is as good as they are on paper.

The New Orleans Saints were formed in 1966 as an NFL expansion team and have played in the National Football Conference ever since. Unlike some expansion teams, the Saints really struggled to make any headway in their first few seasons. In fact, it too the team more than twenty years to make their first playoff season appearance, which came in 1987.

The team would go on to make three more playoff appearances in the next five seasons before experiencing another seven-year drought. The 2000 season would see the Saints pick up their first playoff win, despite then being eliminated in the divisional round.

This would give way to a six-year playoff drought. The 2006 season would mark the team’s first appearance in the NFC Championship as well as an overall turning point in the team’s form. They would fail to make it to the playoffs the next two seasons, and then go all the way to win the Super Bowl in the 2009 season.

Since then, the team has had some good seasons, but also some pretty bad ones too. They have made it to the playoffs five times over the last ten years, and made it to the NFC Championship in the 2018 season. Some bettors believe that this is a sign that the team may win another Super Bowl soon, but this remains to be seen. 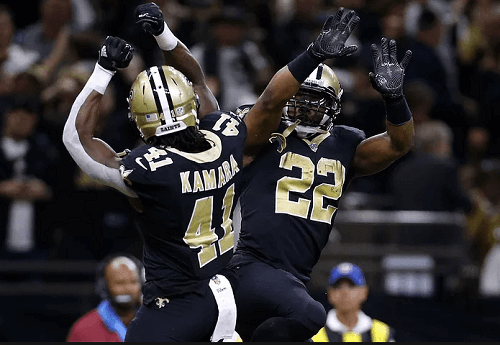 Before confirming that bet on the New Orleans Saints, make sure to have a good look at the stats listed below: