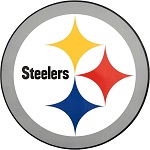 Pittsburgh Steelers betting has proven to be rather profitable in recent years at United States sportsbooks. The famous National Football League (NFL) team has built quite a reputation for itself. They franchise is tied with the New England Patriots for the record of most Super Bowls won, and is comes in second place when it comes to most AFC Championships won. The team’s success has really increased general interest in betting on the team throughout the country, particularly as they haven’t been in bad form in recent years.

If you are looking to place a bet on this famously successful NFL team, make sure to read on down below. In our team guide, we have a good look at the Steelers Super Bowl odds, their overall performance history as well as some stats to keep in mind when placing your bet. So, read on and learn all you need to know about betting on the Pittsburgh Steelers at US online gambling sites today!

Bet on the Pittsburgh Steelers Here

Looking for the best Pittsburgh Steelers lines? Well, have a look at the sportsbooks listed down below. They have competitive odds on all the matches in the NFL as well as loads of possible betting options:

What You’ll Find In Our Pittsburgh Steelers Guide

The Pittsburgh Steelers are coming off a pretty uninspiring 2018 season which saw them fail to make the playoffs, which hasn’t exactly inspired sports betting sites to give them good odds of winning. In addition, the team has lost two of their star wide receivers in Le’Veon Bell and Antonio Brown. This has left coach Mike Tomlin hoping that JuJu Smith-Schuster is able to pick up the slack.

With regards to the AFC North, the Cleveland Browns have been tipped to take the division. The team’s years of restructuring has finally led to the creation of a formidable squad. However, this does not mean bettors should count out the Steelers. In the last nine seasons, the team has won the division a total of four times and has made it as a wild card team to the playoffs too.

Overall, just as with the Baltimore Ravens, we believe that bettors who would like to bet on the Steelers should wait out a few games and determine their form. It is really unclear whether or not the team is going to be any good this year. Ben Roethlisberger may have it in him to go for another NFL Super Bowl title, but with the loss of two major offensive players, it really is a gamble.

The Pittsbrugh Steelers were formed in 1933, and were originally known as the Pittsbirgh Pirates. During the early years, the team performed very badly, failing to make the playoffs every season until 1947. After this season, they would only make a playoff game again after the NFL-AFL merger.

Despite being an NFL team, the Pittsburgh Steelers were made to join the American Football Conference Central division after the merger. This, along with the appointment of coach Chuck Noll, would mark a period of change for the team. Throughout the early 1970s, Noll managed to draft a team that would include several future Hall of Famers, such as Terry Bradshaw and Jack Lambert, among many others. The team would go on to win four Super Bowl titles in six years.

Following their 1979 Super Bowl, the Steelers would struggle to maintain their competitive form in the league, failing to register another Conference Championship until 1995. After Knoll’s retirement in 1992, Bill Cowher stepped into the roll and his success finally culminated in the team winning another Super Bowl in 2005.

Cowher left the Steelers in 2008, which opened up the door for Mike Tomlin. Although some were sceptical about the young coach, Tomlin with Ben Roethlisberger as quarterback led the team to another Super Bowl victory in 2009. The team would go to make it to the Super Bowl in 2011, but would lose to the Green Bay Packers.

The Steelers have seen varying form since their last Super Bowl appearance. The team has made it to the playoffs most seasons, with their best performance seeing the team make it all the way to the AFC Conference Championship in 2016 before falling to the New England Patriots. It remains to be seen whether the team will soon return to good form. 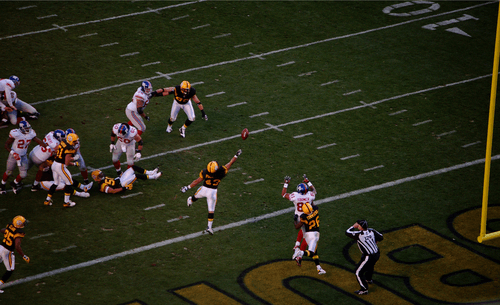 Here are a few noteworthy facts about the Pittsburgh Steelers that may help US bettors make better wagers on the team: