Tampa Bay Buccaneers betting has not been successful at all in the last two decades, with the team being a strong contender for worst team in the National Football League (NFL). Along with the fact that they have not made it to playoffs in over a decade, the team has only had two winning seasons in the same period and multiple different coaches. We really do not advise US bettors look into betting on this ailing Florida team as the Bucs winning anything in the near future really seems like a long shot.

However, if you would like to go against all sense and bet on the team (or at the very least find out why we advise bettors against it) make sure to read on down below. In our team guide, we have a look at the Bucs odds to win the NFC South and the Super Bowl. We also provide US bettors with a list of the best online gambling sites, so that they can make bets at top odds. So, what are you waiting for?

Looking to place a bet on the Tampa Bay Buccaneers? Well, take a good look at what is on offer at the best US sports betting sites listed down below. You are sure to find something that suits your needs!

What You’ll Find In Our Tampa Bay Buccanneers Guide

As previously alluded to, the Tampa Bay Buccaneers have not been performing well at all in the NFL in recent years. Since their sole Super Bowl win in the 2002 season, the team has made it to the playoffs twice, losing on both occasions. In that same time, they have also gone through five different managers, with each failing to get a win percentage higher than .396.

With last season proving to be no different, it really is unsurprising that most sportsbooks have not pegged the Bucs to do all that well this year. The team really can be found towards the bottom of futures listings. However, fans are hoping that will change soon as Bruce Arians has been hired as head coach who had a few solid years with the Arizona Cardinals before retiring.

Arians is going to build a strong team if they are going to challenge for the Super Bowl any time soon, and this usually takes a little bit of time. Thus, we wouldn’t be too quick to place any wagers on the Bucs right now. Next year or the year thereafter, may prove to be a different story though. 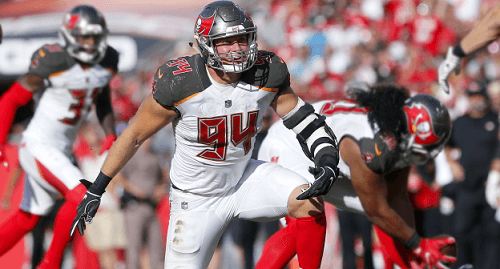 The Buccaneers were founded in 1974 and is one of the three football teams from Florida, and the second most successful of the lot. Upon entering the NFL in 1976, they were assigned to the National Football Conference where they struggled for a bit and then surprisingly made it all the way to the NFC Championship in 1979.

However, following this appearance, the team would make it to the playoffs twice over the next three years, and then fail to do so gain for fifteen years. During this period, the team would not post any winning seasons, with their highest win percentage coming in at .438.

Things changed in the 1997 season, as it seemed that after more than a decade of poor performances, the Bucs were finally on the up, and so began a couple of years of consecutive playoff appearances that would result in an NFC Championship appearance in 1999, and eventually the team’s first Super Bowl win in 2002.

Since their win, the team has returned to their poor performing ways, and have only managed to make it to the playoffs twice. Fans are hoping that the team will soon return to the form of their glory days, but sportsbooks doubt that it will happen anytime soon.

Before you spend some money on a bad Tampa Bay Buccaneers bet, make sure to have a good look at the stats and facts listed down below.