Anaheim Ducks odds have been a bit of a rollercoaster over the last decade or so. The team has managed to make it to the playoffs on a regular basis but they have seen some pretty bad seasons too. The Ducks seem to be going through a period of poor form but given the team’s history and the film that gave birth to it, this period may precede one that will see achieve some success in the form of Conference Championships and Stanley Cups.

If you would like to find out more about betting on the Anaheim Ducks, make sure to keep it here. We have created the ultimate guide to betting on the Ducks below with features such as their odds to win the Stanley Cup this season and their overall performance history. We also list our recommended online gambling sites for placing bets on hockey in the United States. So, read on and find out more about placing wagers on the NHL’s Anaheim Ducks.

The Anaheim Ducks didn’t have the best season last year an it seems that this form has carried over into this one. At the moment, they are on the wrong end of the standings with little to no hope of even making the wild card playoffs, let alone qualifying through divisional standings. This season is halfway through and we do not believe that miracles are likely to happen this year.

We do not recommend betting on the team to make the playoffs this year and definitely think that they have no chance of winning the Stanley Cup in 2021. Essentially, if you want to throw some money away, place a future bet on the Anaheim Ducks. 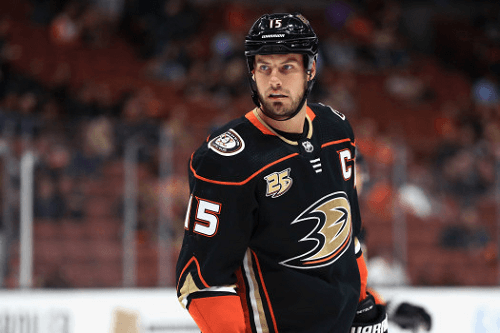 The Anaheim Ducks were formed in 1993 as the Mighty Ducks of Anaheim by the Walt Disney Company and took their name from the Mighty Ducks film series. Upon joining the league, as is the story with most expansion teams, they struggled to find success, failing to make the playoffs for much of their first decade of existence.

This all seemed to chance in the 2002-03 season when the team made it to the Stanley Cup finals for the first time ever, narrowly losing the title to the New Jersey Devils. The team would fail to make the playoffs the next season and the lockout would happen the next. They would make the Conference finals in 2006.

At the beginning of the 2006-07 season, the team shortened their name to the Anaheim Ducks, and perhaps that proved to be what was holding them back as they won the Stanley Cup by the end of it. Following this victory, the team saw varying success in the league. They didn’t make the Stanley Cup again but they did make it to the Western Conference finals on two other occasions, with the most recent being in the 2016-17 season.

Before placing any form of bet on the Anaheim Ducks, make sure to have a good look at these stats and facts: