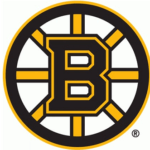 Boston Bruins odds have been exceptionally in favor of the team winning the National Hockey League’s Stanley Cup in recent seasons. The team, which has made the finals three times in the last decade, has consistently been considered a potential contender to take it all home, despite only having recorded six Stanley Cup victories in their history. With the team seemingly in good form, many avid US hockey bettors have shown great interest in placing wagers on the team throughout the season.

If you would like to learn more about betting on the Boston Bruins, make sure to stick around. Below we have a good look at some important team details, such as the Bruins odds to win the Stanley Cup this season and their overall performance history in the league. We also provide bettors with a list of the best-rated online gambling sites to place hockey bets. So, read on and begin making money on the Bruins now!

The Boston Bruins are easily one of the best teams in the NHL’s Atlantic Division. Although the team is currently suffering issues with consistency, its easy to see that they will most likely make the playoffs this year with very little issue. We recommend bettors have a go at placing a future on this provided the odds are profitable at sports betting sites.

However, predicting whether or not the team will actually win the Stanley Cup this season is a much harder feat. As mentioned, they have been rather inconsistent. Throughout the regular season so far, they’ve experienced long winning streaks but also fairly long losing streaks. Four losses in a row in playoffs means you’re out, and with the Bruins potentially lined-up to take on equally tough opposition in the Eastern Conference, such as the Washington Capitals and Toronto Maple Leafs, this can be quite a harmful habit.

Overall, we’d suggest waiting a little longer to make a decision on an NHL Stanley Cup future on the Bruins. While we don’t think they’re a bad choice, especially having come off an appearance in the finals, they have proven to be a bit volatile.

While the Boston Bruins may only have six Stanley Cups to their name, they’ve been a consistently competitive team in the NHL. Concurrently, its featured among the top teams in the Eastern Conference. They are a good team for hockey bettors to go for given their historic and competitive performances. There’s a good mix of young and veteran players, giving them strong potential. The Boston Bruins aren’t ones to be ruled out in any given hockey season. 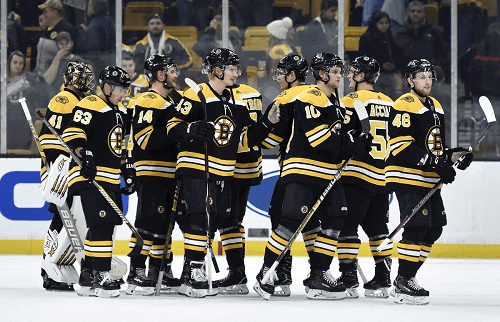 Before placing your wager on the Boston Bruins, make sure to have a good look at some of the team’s performance facts listed down below: