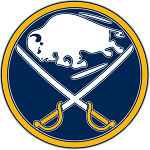 Buffalo Sabres odds have been fluctuating quite drastically over the last National Hockey League (NHL) season. Although the team is widely known to be an underperformer in recent seasons, they have had some good starts that have made fans and bettors think that each and every season will be different and that they will finally get that ever-elusive Stanley Cup win. Well, unless something changes soon, it does not seem that this will be the Sabres year. In fact, it does not seem as if they will make it to playoffs if their present form keeps up but that doesn’t mean that there aren’t any bettors out there looking to take a chance on them.

If you would like to find out more about betting on the Buffalo Sabres, make sure to keep reading. Below we have gone through all US bettors need to know about placing a wager on this prestigious team, including their odds of winning the Stanley Cup, their performance history and some interesting facts too. We also provide bettors with a list of online gambling sites to place hockey bets at to make the most money. So, read on and start betting on the Sabres now!

Betting on the Buffalo Sabres is difficult as their performance is very uneven. They lose a lot of games, and pull a lot of surprises out of the bag too. They started the NHL season off really well but have since dropped in form.

Overall, most sports betting sites haven’t given them high odds of lifting the Stanley Cup anytime in the near future. If you’re looking to place a future bet on an Eastern Conference for the Stanley Cup, we rather recommend that you look at the Boston Bruins or Washington Capitals as their performance is more fitting of a potential winner.

Check Out Our Other Atlantic Division Pages

The Buffalo Sabres joined the NHL in 1970 along with the Vancouver Canucks as an expansion team. (The year actually proved to be quite significant in Buffalo sports history as the Buffalo Braves – now Los Angeles Clippers – made their debut in the National Basketball Association too.)

The Eastern Conference team’s early years proved to be quite lucky as they were handed a handful of great players in through drafts and trades. This included players such as Rick Martin, Rene Robert and Gilbert Perreault (the French Connection), each of which would go on to set numerous team records. Ultimately, this all culminated to a 1975 Stanley Cup appearance, which saw the Sabres lose to the Philadelphia Flyers.

The Buffalo Sabres haven’t really had a good time in the league since the 2012-13 season. In fact, the team has struggled to make it to the playoffs on a regular basis and has seen a spate of management changes, including the recent dismissal of head coach Phil Housley. Unless a lot of changes happen in the next few years, it doesn’t seem as the Buffalo Sabres will be a reliable team to bet on in the near future. 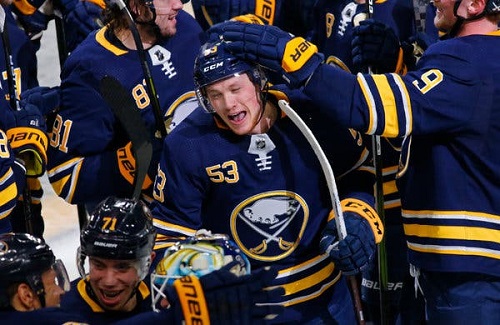 If you are keen to bet on the Buffalo Sabres, make sure to have a look at the following facts and stats before locking in that wager: