Colorado Avalanche odds are on the rise with the team performing as well as they have been in recent years. It’s no surprise really as the team seems to be returning to the form they experienced in the 90s which saw them win two Stanley Cup titles in quick succession. Many US bettors seem to be considering the idea of placing a future bet on the team, especially seeing as they seem on track to at the very least make it to the playoffs this year.

If you would like to learn more about Colorado Avalanche betting, make sure to keep it here on our guide. Below we have a look at the Colorado Avalanche odds to make playoffs, the team’s performance history and some interesting facts to keep in mind when placing future bets on the team. We also provide a list of the best online gambling sites for US gamblers. So, read on and find out whether betting on the Colorado Avalanche is a good idea this season.

The Colorado Avalanche odds has been on the up in the last two seasons at sports betting sites, after making it to the NHL playoffs two consecutive years in a row. If their performance this season so far is anything to go by, they seem like a good team to make it to the playoffs for a third year in a row. They may even seem like a good bet to win the Central Division title, provided that they don’t fall to the St. Louis Blues.

The team seems to be in good form to take a good run at the Stanley Cup this year, picking up some big wins both at home and on the road. If their current streak persists, they’ll easily make it through to the playoffs. In the past two years, Avalanche dropped out in the First Round and then the Second Round in the next.

We think that they may be a good pick to win the Stanley Cup this year. We wouldn’t spend too much on a future bet too soon but we do think that are one of the Western Conference teams to watch. 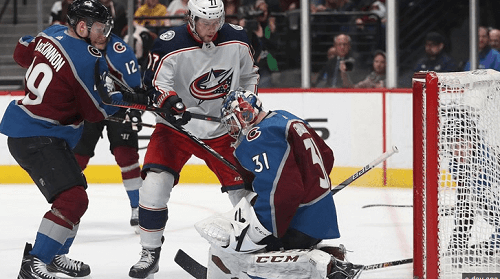 The Colorado Avalanche were originally formed in 1982 as the Quebec Nordiques. They joined the NHL in 1979. While competing as the Nordiques, the team saw some success in the early years making it to the Conference finals on two different occasions but mostly disappoint.

As generally tends to be the case with struggling teams, the team failed to find an audience in Quebec and financial difficulties let the team to be acquired by a new owner who moved the team to Denver, Colorado in 1995.

Therein, the Colorado Avalanche as we know them today was formed. The team saw great success following their relocation, winning the Stanley Cup in their first season in Denver. The team would then make it to the Conference finals in four seasons out of five following this victory, winning a second Stanley Cup title in 2001.

Following the 2004-05 lockout, the Avalanche struggled to maintain their strong form, making it to the Western Conference semifinals twice in the three seasons after the lockout. But the team then struggled to make the playoffs at all for a nearly a decade after that.

The team finally seems to be on the up again with the team making the playoffs two consecutive years in a row for the first time in 15 years in 2019. With the team playing as well as they are, they really seem to be a good pick to win the Stanley Cup this year.

Before placing any bets on the Colorado Avalanche to win any major titles this season, here are some facts you may want to keep in mind: