Dallas Stars odds have been on a bit of a slippery slope since their last National Hockey League (NHL) Western Conference Championship finals appearance in the 2008-09 season. The team has not been playing all that well and have often struggled for the playoffs. That said, the 2018-19 did see the team do at least well-enough to make it to the Second Round of postseason, so many do think that the team may be on a slight upward trend. With the team looking like a prime wild card contender, is it worth betting on the Stars to make the playoffs?

Well, if you want to learn more about betting on the Dallas Stars, make sure to read on down below. In our ultimate team guide, we have a look at the team’s likelihood of the team winning the Stanley Cup this season and their overall performance history. We also provide a list of the best online gambling sites so as to help you get the best odds for your bet. So, what are you waiting for?

As mentioned above, the Dallas Stars haven’t really had all that much to celebrate in the last decade. While they did manage to win their division in the 2015-16 season, they have rarely qualified for the NHL playoffs outside of this performance. That said, the Stars did manage to make it to the playoffs last season, and if their performance so far is anything to go by, they are in line to make it as a wild card team again.

While we do think the Stars are a team to take a risk on to get to the playoffs, we don’t think that they will be the team to win the Stanley Cup this year. We don’t think their performance is enough to get them through to the Conference Championship finals, especially with how the Colorado Avalanche and St. Louis Blues are playing.

With this said, if you are still keen on betting on a Stars win this year at US sports betting sites, we advise caution. We’d recommend waiting for them to at least qualify for the playoffs before placing the bet to ensure it is not a loss from the outset.

That stated, the team’s run hasn’t been all that great in the last few years. Other than a Division Championship win in 2016, the side really hasn’t seen all that much silverware recently. In fact, it has been a bit of struggle for the team to even qualify for the playoffs over the last decade. The squad does have two star offensive players though in the form of Jamie Benn and Tyler Seguin, but many bookies feel that a moderately strong offensive line-up is not enough to propel the team into the latter stages of the league.

Overall, we wouldn’t recommend placing a future bet on the Dallas Stars any time soon. Individual match-ups may prove to be slightly more fruitful for bettors though. 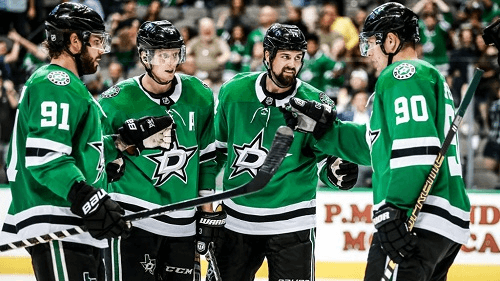 Before placing your future bet on the Dallas Stars, you may want to have a look at these facts and stats: