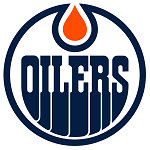 Edmonton Oilers odds seem to be on an upward trend this season despite the team struggling to make the playoffs regularly over the last fifteen years. Many would attribute the team’s improving chance to the addition of centre Connor McDavid who has easily become the team’s star player and a goal machine. While this seemed to mean very little in prior seasons, it certainly has paid off in dividends this year as the team seems to be inline to make the playoffs this year, which very may well be worth betting on.

If you would like to learn more about betting on the Edmonton Oilers, make sure to keep on reading down below. There we have good look at the Oilers odds to make playoffs and the Stanley Cup, in addition to their overall performance history. We also have a look at some of the US online gambling sites with the best NHL odds. So, read on and begin making money on the Oilers today!

The Edmonton Oilers are having a relatively good season so far. They seem to be in-line to at the very least make the NHL playoffs, in addition to possibly taking the Pacific Division if the Vegas Golden Knights or Arizona Coyotes don’t have anything to say about it. Connor McDavid is pulling off some incredible feats, so it really seems as if it could be the Oilers year to reclaim the Stanley Cup.

We think a bet on the team to make the playoffs seems rather sensible. We don’t think that it is a good idea to make a bet on the team to win the Stanley Cup is a very good idea though. While we think McDavid is a good player and has the potential to help lead the team to great heights, this does not always translate into immediate Stanley Cup wins. We think its best to wait to until it is a little closer to the playoffs before placing such a future bet. 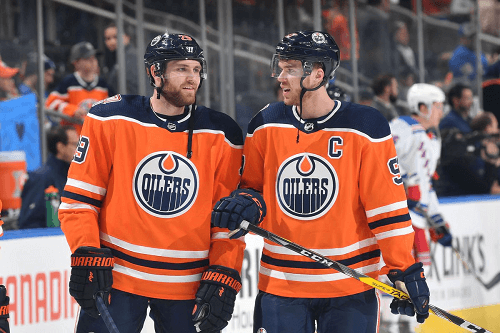 Although formed in 1972, the Edmonton Oilers only joined the NHL in 1979. Upon joining the league, the team experienced a lot of success very quickly. In their first three seasons, they made it to the playoffs but were knocked out before making it to the Conference finals. However, in 1983 (their fourth season in the league), the Oilers made it to the Stanley Cup for the very first time ever where they lost to the New York Islanders dynasty squad.

Following this, they would go on to win the Stanley Cup in two successive seasons in 1984 and 1985. Although the team would not win in 1986, they would get two more consecutive wins in 1987 and 1988. As with the previous set of wins, it was followed by a failed run the next year and another win the year after that. By the end of the 1989-1990 season, the Oilers had won five Stanley Cup titles.

After their last win, the Oilers managed to make it to the Conference Finals in the two following seasons but were knocked out of the tournament on both occasions. This would mark the end of an era for the team as they would then struggle to qualify for the playoffs or make it past the first round until the 2004-05 lockout.

Following the lockout, the team seemed to be on a good track to pick up some more Stanley Cup wins, making it all the way to the finals in the 2005-06 season but this proved to be a fluke season. After this run, the team would not make the playoffs again until eleven years later in the 2016-17 season.

With the addition of Connor McDavid, the team is hoping that their fortunes will return to those experienced during the late 1980s but this remains to be seen.

Check out our other NHL Pacific guides:

Before placing your future wager on the Edmonton Oilers, make sure to have a good look at the facts and stats listed down below: