New York Rangers odds have taken a dip in recent seasons following the team’s recent inability to qualify for the playoffs. Although things seem to be on the up with a rebuild, it does not seem as if they will be a side prime for futures anytime soon – especially not this season. With the team currently one of the punching bags of the National Hockey League’s (NHL) Metropolitan Division, we wouldn’t recommend placing bets on them in any form on a regular basis unless you are fine with losing your money.

However, if you are still interested in betting on the New York Rangers, make sure to read on down below. There we have a look at the team’s odds of winning the Stanley Cup this season, their overall performance history and even some online gambling sites that provide the best lines for hockey. So, read on and begin placing bets on the New York Rangers hopefully when they are on form (but today too if you like.)

The New York Rangers are not having the greatest NHL season. It’s been rather even really with one win coming for every loss. As one could expect, this has left them at the middle of the Conference table with no real chance of making the playoffs unless something changes in the near future. The team seems to be in a rebuilding phase – planning for upcoming seasons rather than this season.

The New York Rangers are one of the NHL‘s Original Six. Formed in 1926, the team has one of the longest histories in the league with a lot of early success. They won the second ever Stanley Cup finals in 1927 and would go on to win it again in 1933 and 1940. During this first decade and a half of the team’s existence, they were very competitive.

However, this began to change after their 1940 win. Between 1941 and 1966, they would qualify for the playoffs on only six occasions; one of which led to a Stanley Cup appearance. Following 1966, the team would have a good run for the next nine seasons, making it to the playoffs each season and the Stanley Cup once. This was followed by two years of non-appearance and then another 20 years of strong competition.

The team seemed to return to form after the lockout making it to playoffs in every season since 2006 with the exception of three years. This period saw the team make it to three Conference finals and one failed Stanley Cup appearance. At the moment, the team seems to be on the decline but fans are hopeful for the future. 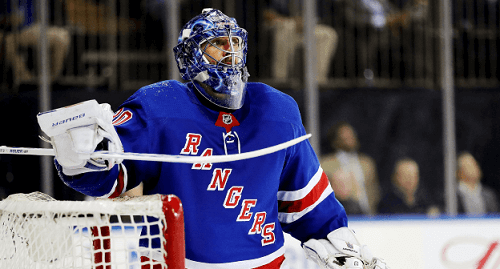 If you are thinking of betting on the New York Rangers any time soon, you may want to have a look at the following facts and stats: